Who Are Asylum Seekers and What Is Asylum? 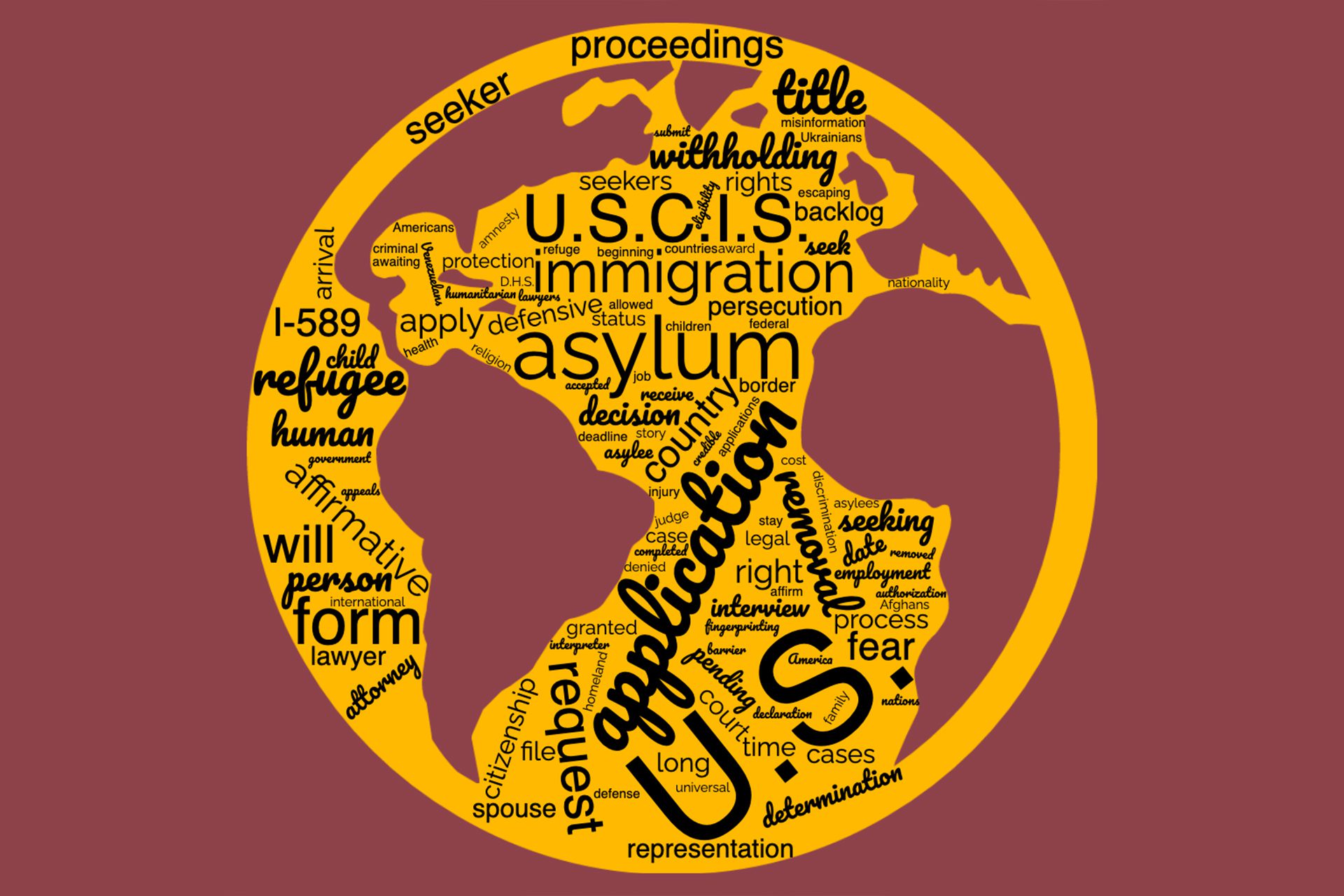 As Republican-led governments have bused migrants to cities like Chicago in recent months, the U.S. asylum system has been in the national spotlight.

Since April 2022, more than 17,000 asylum seekers have been sent to New York City and more than 8,000 were sent to D.C. Since August 31, more than 3,500 migrants have arrived in Chicago. Most of the migrants are seeking asylum, fleeing dangerous situations in their home countries in Central and South America.

Borderless answers your questions about asylum seekers and the asylum process below.

People who flee their home nations because of persecution or the fear of persecution are eligible to ask the U.S. government for asylum as a form of protection under U.S. law. If granted asylum, they will not be forced to return to their home country and will be allowed to work in the U.S., among other benefits.

What is the difference between a refugee, asylum seeker, asylee, migrant and immigrant?

There are different reasons and ways for people to come to the United States. For example, some immigrants come to attend school, work, reunite with their family, seek safety or become a citizen.

While the news and politicians often use words like “refugee,” “migrant” and “asylum seeker” interchangeably, each has its own meaning. Here are some definitions:

Refugee: A refugee is a person who is forced to flee war, violence, conflict or persecution and has crossed an international border to find safety in another country. They must be granted refugee status before entering the U.S.

Asylum seeker: According to U.S. law, anyone who arrives at the U.S. border and fears persecution in their home country must be given a chance to seek asylum here. Once they have surrendered themselves to a border patrol officer, then they are considered an asylum seeker.

Asylee: An asylee is someone who is granted asylum.

Migrant: Technically, a migrant is someone who is moving from place to place usually for economic reasons. They were not forced to leave their native countries because of persecution or violence, but rather are seeking better opportunities. However, many use the term migrant in a more casual sense to mean any sort of immigrant, including asylum seekers.

Immigrant: An immigrant is a person living in a country other than their birth country.

How long does the asylum process take?

A decision should be made on an asylum application within 180 days after the date of the filed application unless there are exceptional circumstances. However, there currently is a backlog of applications and asylum cases often take four and a half years to complete.

Asylum seekers who work with lawyers on their case are much more likely to be successful in claiming asylum. Only one in ten individuals win their asylum case when they don’t have a lawyer or legal representation. 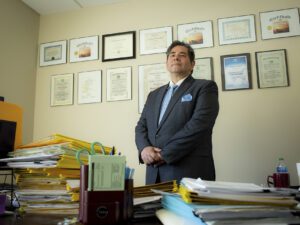 Michelle Kanaar/Borderless Magazine
Frank Sandoval at his office at the Spanish Community Center in suburban Joliet, Ill., Oct. 4, 2022. Sandoval works as a paralegal on immigration cases including asylum cases. He says they are currently at capacity and not able to take on new court clients.

What happens if the asylum application gets denied?

Once an asylum application is denied, the asylum seeker will be placed in removal proceedings. They can reapply for asylum during this time through the “defensive” asylum process.

Should a defensive asylum claim be denied, an asylum seeker can appeal to the Board of Immigration Appeals (BIA), the highest court in the U.S. immigration court system. The asylum seeker may also file an appeal with a federal court if the BIA rejects the request.

What happens if the asylum application gets accepted?

Have more questions about asylum rules? Send them to us at [email protected].