The State of Immigration News in Chicago 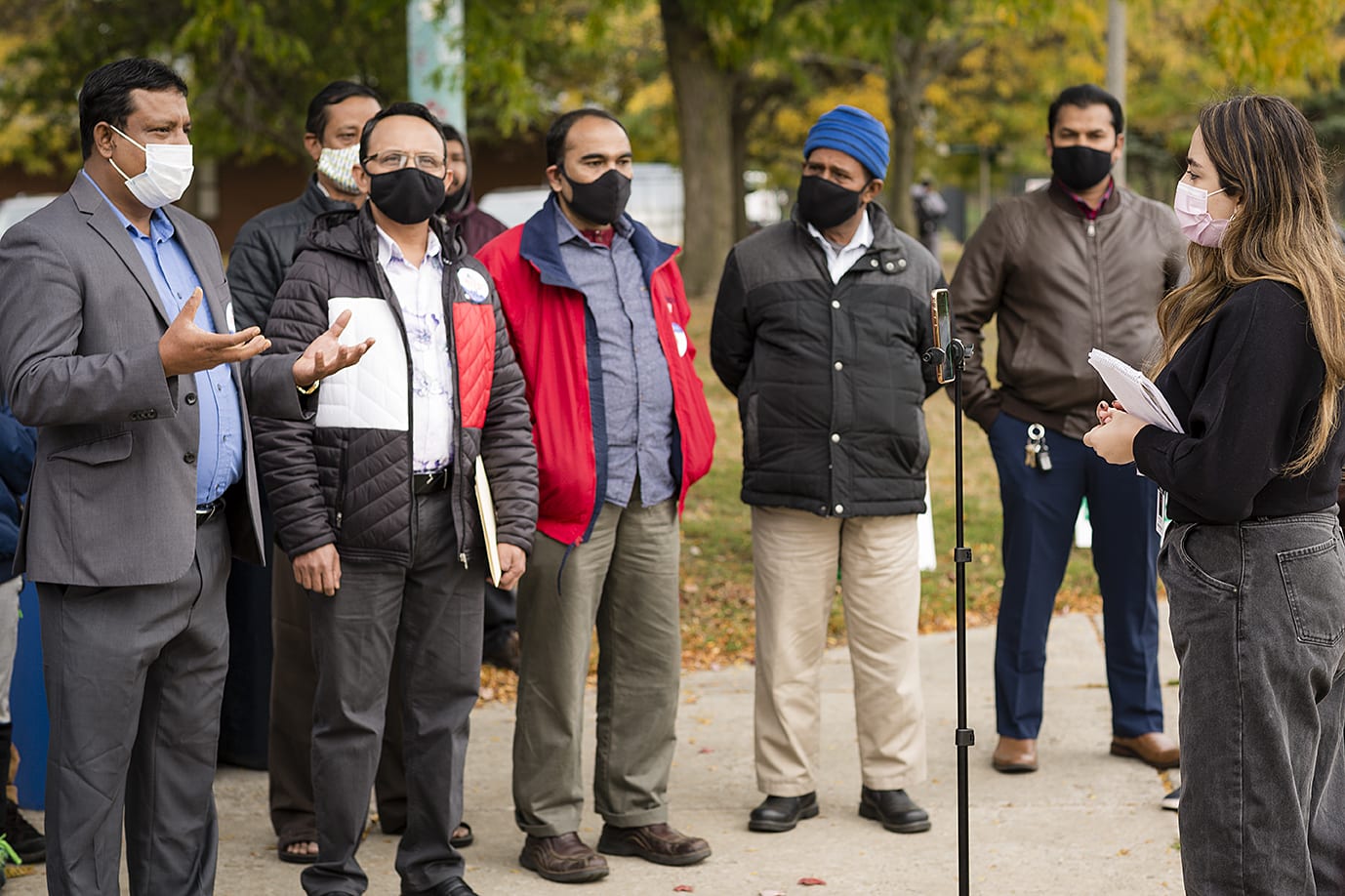 Borderless Magazine's Diane Bou Khalil interviews members of the Rohingya community gathered at Warren Park on Oct. 20, 2020 in Chicago, Ill. Half the members gathered were there to vote for the very first time after being denied the right in their native Myanmar. The others were there in support and to learn about the voting process.Photo by Michelle Kanaar

Chicago is a city of immigrants. Between 2014 and 2018 over 1.6 million immigrants lived in the metropolitan Chicago area. And nearly one-third of households in Cook County, Illinois include one or more immigrants. Yet, Chicago’s local media is woefully under-serving immigrant populations in the region today.

There were over 130 local and national media outlets serving primarily immigrant audiences in Chicago in 2012. Today, just over half of those outlets remain. Additionally, mainstream news programs and outlets which once offered nuanced or bilingual coverage of immigrant communities, like Chicago Public Radio’s “Worldview” program and the Tribune’s Hoy newspaper, have ceased operations in recent years.

The coronavirus pandemic has only accelerated this trend, with publications like Future News — the longest-running Arab American newspaper in the Midwest — shutting down and major outlets like Univision laying off staff.

These changes mirror a national trend in both the closure and contraction of local media outlets. Since 2004, about 1,800 newspapers have closed nationwide.

Research has shown that civic engagement is directly tied to news coverage. When communities lose news coverage people become less likely to vote or run for office. The loss of transparency and accountability created by journalists can also lead to increases in corruption, taxes, and misinformation.

The consequences related to the loss of news coverage can be especially devastating for immigrant communities. Nearly half of all immigrants in Chicago were eligible to vote in the 2020 presidential election. Many more participated in civic engagement through voter registration drives and organizing up to and after the election.

Yet, in the absence of media engagement immigrants are targets of disinformation campaigns which are “helping plunge the country further into chaos and confusion,” according to Fadi Quran of Avaaz, a nonprofit that tracks disinformation.

Borderless Magazine has been reporting on and with immigrants in the Chicago area since February 2017. The magazine conducted listening sessions with leaders at immigrant-serving organizations and surveyed 47 of our readers during the summer of 2020 to better understand the needs of Chicagoans when it comes to news coverage of immigrant communities. 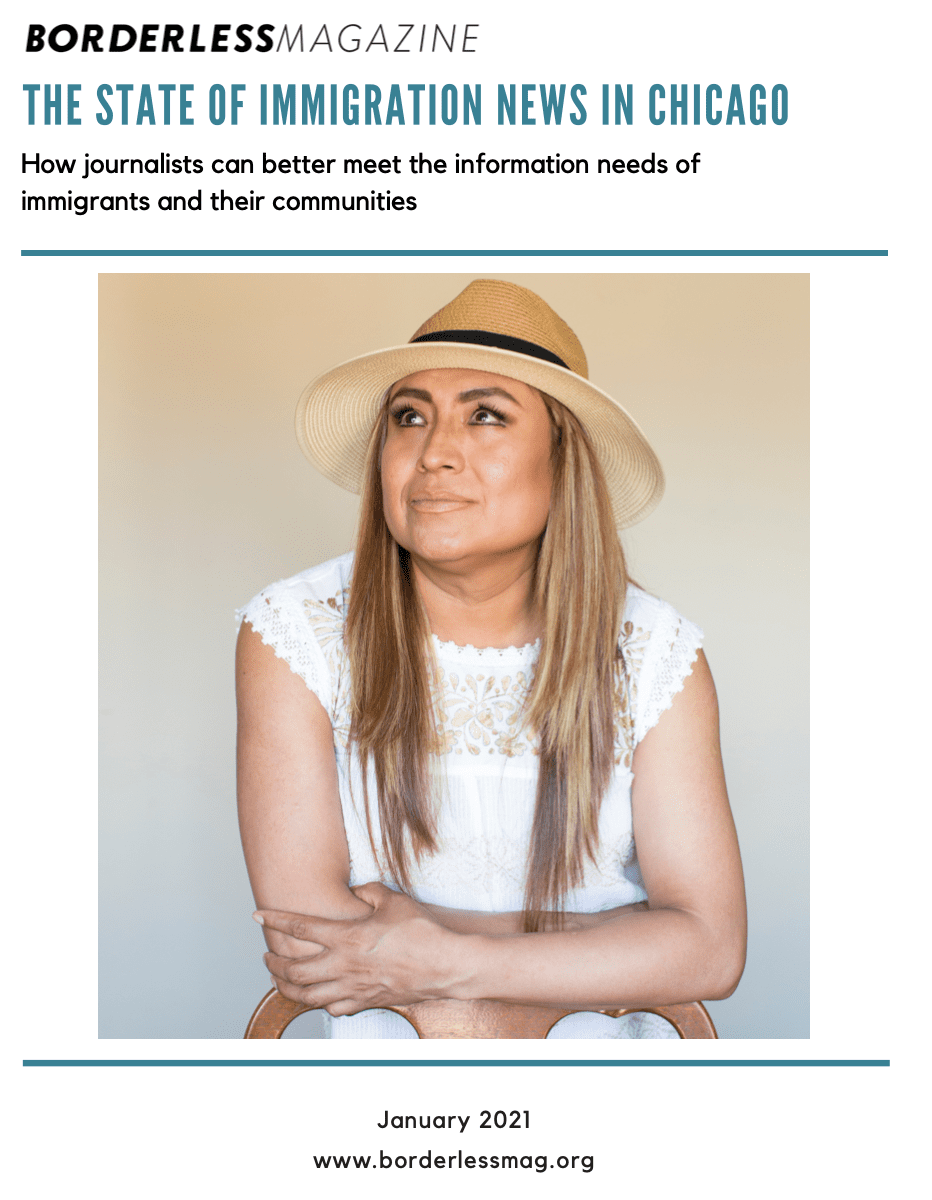 The result is our 20-page report, “The State of Immigration News in Chicago.” The report outlines ten steps journalists in Chicago and elsewhere can take to better serve our immigrant audiences.

We found that overall, Chicagoans are disappointed in both the quality and quantity of local immigration news. When Borderless asked them to rate Chicago media’s coverage of immigration on a scale of 1 to 10, with 10 being excellent and 1 being terrible, 68 percent of respondents rated quality of the coverage with a 6 or below.

Immigrants Borderless spoke to said journalists could better report on and meet the information needs of their communities by rethinking how they see immigrant communities. Specifically, they told us that journalists should:

Read more about the report and our unique approach to reporting on immigration in Poynter, The Lenfest Institute and Nieman Reports.

Interested in having us train your newsroom or journalism group on these issues?