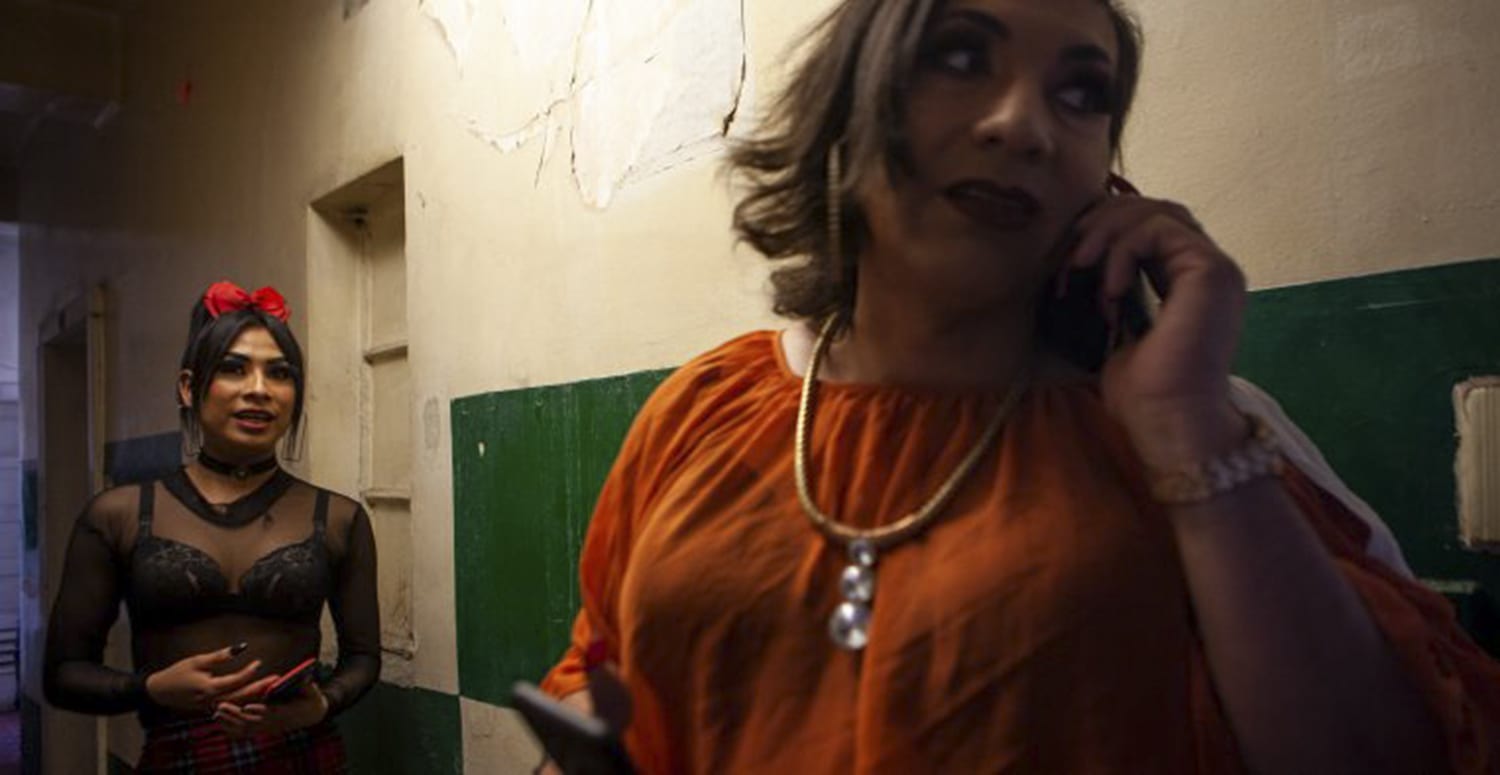 Susana Coreas, right, takes a phone call in the hallway of Casa de Colores in Juárez on April 12. Coreas, a transgender woman from El Salvador, a country notorious for discrimination and violence against trans people, was granted entry to United States yesterday.
By Corrie Boudreaux and René KladzykJune 29, 2021September 30th, 2022Immigration Policy

A new exception to a Trump-era border policy has allowed some transgender people and other members of “vulnerable populations” to enter the United States and seek asylum, the Department of Homeland Security and migrant advocacy organizations told El Paso Matters May 5.

Under the policy, commonly referred to as Title 42, Border Patrol agents can immediately expel some undocumented immigrants before they can legally apply for asylum. It began in March 2020 in what the previous administration said was an effort to contain the spread of COVID-19, and has been kept in place under President Joe Biden, despite the new administration’s efforts to overhaul much of his predecessor’s immigration policies.

The Biden administration has decided to make some exceptions for vulnerable migrant populations, a spokesperson for the Department of Homeland Security said.

“We are working to streamline a system for identifying and lawfully processing particularly vulnerable individuals who warrant humanitarian exceptions under [Title 42],” the spokesperson said. “This humanitarian exception process involves close coordination with international and non-governmental organizations in Mexico and COVID-19 testing before those identified through this process are allowed to enter the country.” 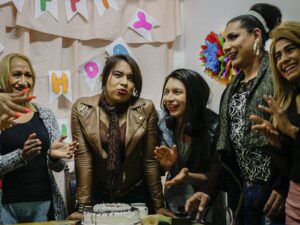 The spokesperson didn’t specify the vulnerable populations covered by the policy change, but a number of trans women have been allowed to cross from Ciudad Juárez to El Paso, advocacy groups said. BuzzFeed reported last week that the Biden administration was considering a waiver of Title 42 expulsions for some vulnerable migrant populations.

The change could be life-altering for people like Susana Coreas, a transgender woman from El Salvador who first arrived at the border in February 2020, prior to the start of the pandemic. She said staff members at a shelter in Ciudad Juárez advised her not to attempt to cross the border and request asylum, advice she regretted following when the pandemic restrictions began.

She was told May 3 that she would be allowed to cross into El Paso the next day under a special humanitarian exception.

“It all changed in an instant. I didn’t sleep at all the whole night. It was fear that they would say, ‘Oh no, never mind,’ or that it would be very hard,” Coreas said, speaking in Spanish from El Paso on May 5.

Héctor Ruiz, an attorney with Santa Fe Dreamers Project who specializes in helping queer and trans migrants like Correas, said that two new processes are in place that allow a limited number of vulnerable migrants to enter the United States. Ruiz uses they/them pronouns.

One is related to a lawsuit filed by the American Civil Liberties Union alleging that Title 42 violates immigration statutes and constitutes an unlawful denial of the right to seek asylum. The advocacy organization has called on the Biden administration to end the use of Title 42 for rapid border expulsions.

The other process will be more formalized as a “consortium,” a collaborative process between non-governmental organizations and the U.S. government to facilitate the crossing of vulnerable groups, Ruiz said.

For Coreas, the process of entering the United States went much more smoothly than she imagined.

“I wasn’t expecting it, but the people were very, very nice. The treatment was dignified, very good,” she said. “They only had us there for two and a half hours. Which until now, is the shortest time that I know of for people that have crossed.”

Ruiz said their organization has helped 15 to 18 transgender migrants enter the United States so far through this exception process, but said the total number could be higher.

Mexico is considered one of the most dangerous countries for transgender and queer people because of heightened risks of homophobic and transphobic crime, experts say. It is the second deadliest country in the world for trans people, according to a study by advocacy group Letra S.

“Just by virtue of being trans and queer [these migrants] face heightened vulnerability,” Ruiz said.

After experiencing issues related to her gender identity at several shelters in Juárez, Coreas established — “accidentally,” she said — the Casa de Colores shelter in November of 2020. The space is devoted to providing a home for trans migrants. The majority of the residents at Casa de Colores are trans women, but at least one trans man has stayed at the shelter since it opened.

Coreas holds no illusions that the United States is a place free of discrimination against trans people, but her experiences so far have made her optimistic.

“Up until now, 80 percent of the help that we’ve received (and) that we survive on has come from the United States,” she said, referring to donations that support Casa de Colores and its residents.

Coreas faces a long court process to determine whether she will receive asylum. But she sees hope in the changes that have allowed her to finally gain entry to the United States.

“Finally, we are getting this opportunity after a year and a half of waiting — some girls have even waited for two years, so there is hope for all the others,” she said. “We are people, who can live here freely. We don’t have asylum yet, but this is an opportunity.”

This article first appeared on El Paso Matters on May 5, 2021 and is republished here under a Creative Commons license.