How the US built the world’s largest immigrant detention system

United States authorities lock up migrants like no other country. During the last thirty years, both the federal and state governments have increasingly criminalized migration across borders. As a result, today the United States has the world’s largest immigrant detention system. Annually some half a million people spend some time behind its bars. 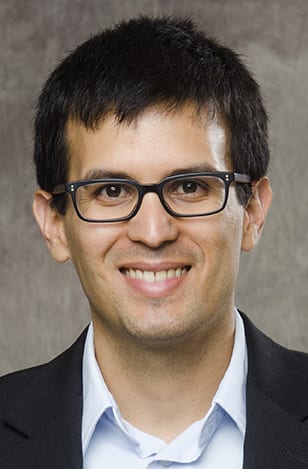 In his second book, “Migrating to Prison: America’s Obsession with Locking Up Immigrants,” leading migration scholar César Cuauhtémoc García Hernández takes a hard look at the emergence of immigration imprisonment in the mid-1980s. He explains how it currently operates and why federal and state governments have increasingly incarcerated people accused of violating immigration laws. Here, he asks readers to imagine what the abolition of immigration prisons and a radical redesign of migration to the United States could look like.

The book is set to be released on Dec. 3. and uses analysis and personal stories from people caught up in the United States’ “immigration imprisonment industry” to show the system hasn’t malfunctioned. Instead, Hernández argues, it is working exactly as designed.

Now, Borderless Magazine is sharing some of this leading scholar’s analysis of the troubling intersection of immigration and the prison system in the United States.

Today, immigration imprisonment is the norm, yet in the United States, while confinement has long been a central feature of criminal proceedings, it has been an anomaly when it comes to immigration-law enforcement. For most of the nation’s history, we did not lock up so many people for the act of migration. More often than not government agents turned a blind eye to migrants who flouted the law, either letting them into the United States or sending them back quickly and, in comparison to today, painlessly. If they committed a crime, they were expected to serve their sentence; afterward, they could return to their communities in the United States. In effect, immigration law and criminal law were separate, and citizenship played no role in whether people ended up behind bars.

Government statistics bear this out. Throughout the late nineteenth and twentieth centuries, few people were forcibly removed from the United States because of a conviction. During the nine decades stretching from 1892 to 1984, federal immigration officials formally barred from the United States 633,918 people. Of those, a mere 14,287 were treated that way because of criminal activity. Likewise, officials deported 812,915 people from 1908 to 1980 but only 56,669 because of a criminal offense. For the most part, government officials were more concerned that the poor would end up on welfare or that people had failed to meet visa application requirements. Meanwhile, federal prosecutors seldom tapped the power of criminal law to target migrants. Though entering the United States without the federal government’s permission was a crime for most of the twentieth century, prosecutors rarely tried to convict people for doing this. In 1970, prosecutors charged a mere 575 people with an immigration crime. Even in 1993, they filed immigration crime charges in only 2,487 cases—just 5 percent of cases pursued that year.

Not surprisingly, few people were imprisoned because of their immigration status. Reliable prison statistics going back decades are hard to come by, but as recently as 1994 there were only 8,604 people locked up annually while they faced federal immigration crime charges. However, that number grew to 97,982 by 2013, a mammoth 1,039 percent jump. Imprisonment rates have similarly shifted for people actually convicted of a federal immigration crime. In 1990, there were 1,728 convicted immigration offenders locked up on an average day, but in 2013 there were 19,100.  In 1973, the Immigration and Naturalization Service (INS) detained only 2,370 people every day, and in 1980 that number had grown to 4,062. But by the last months of the Obama administration, ICE held roughly 40,000 people daily, a number that would soon rise under President Trump, surpassing 42,000 daily in 2018.

During the last thirty years, both the federal and state governments have increasingly tapped their powers to incarcerate people for how they move across borders. As a result, the United States has the world’s largest immigrant detention system, in which upward of half a million people annually now spend time locked up because the government claims they violated immigration law. Even with record numbers of migrants locked up, less than six months into the Trump administration Congress increased funding for ICE detention and federal prosecutors charged with pursuing criminal convictions against migrants who came to the United States without the federal government’s permission. 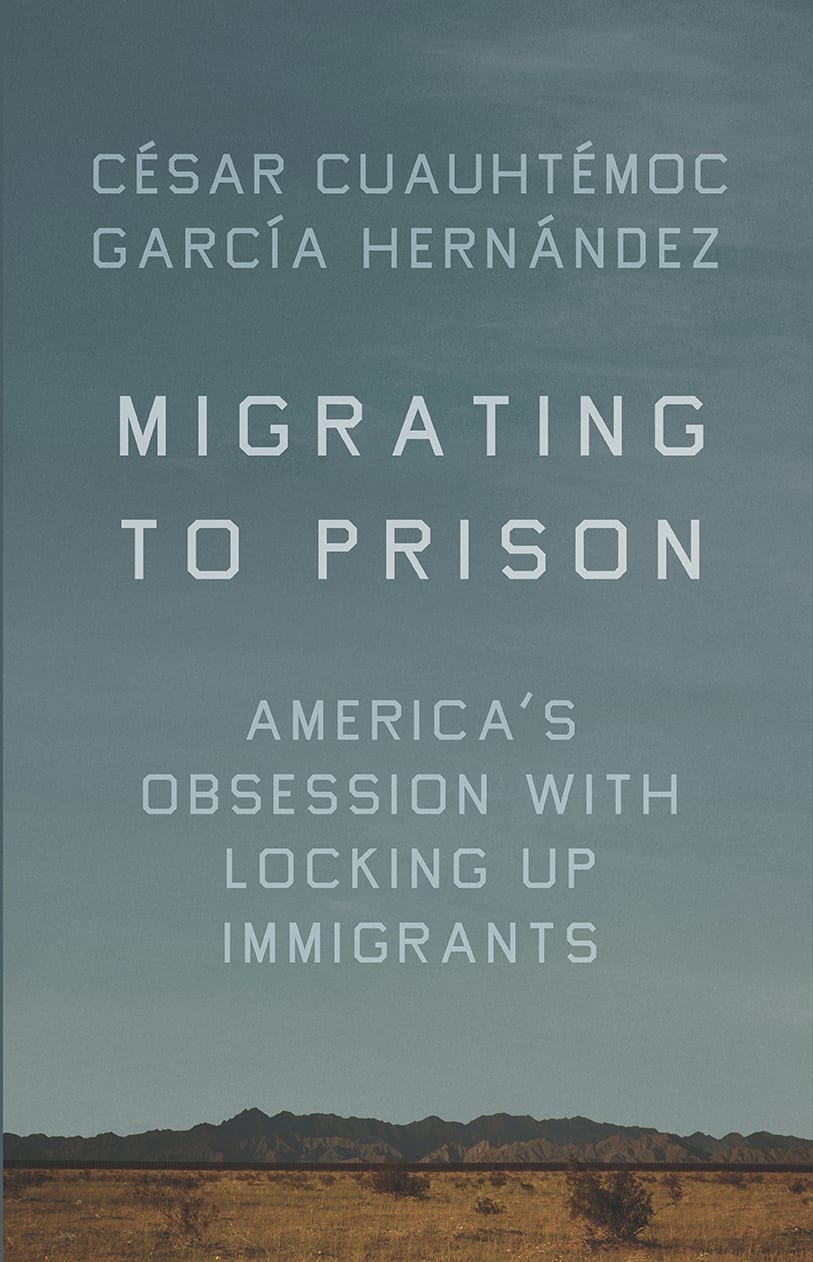 Despite the historically unprecedented scale of immigration imprisonment, its sheer scope is often overlooked in conversations about immigration and criminal justice, and when it is mentioned, advocates, journalists, and academics tend to split confinement into two types: civil immigration detention and punitive criminal incarceration. Supposedly, civil detention doesn’t punish; criminal incarceration does. While accurate as a matter of formal law, this distinction is a farce on the ground. It fails to reflect the reality of immigration policing and the lived experience of migrants. Whatever the law says, the conduct that leads to immigration imprisonment and the conditions of confinement are largely identical across the civil/criminal divide. And no matter its formal label, immigration imprisonment often has a devastating effect on those detained, their families, and their communities.

As with its better-known policing cousin—mass incarceration as criminal punishment—the immigration imprisonment story emerges amid the racially coded debates of the mid-1980s, when legislators built the war on drugs on the threat ostensibly posed by people of color. Long before Donald Trump spilled off the pages of tabloids, politicians claimed migrants were responsible for a substantial amount of drug trafficking. From the White House to the pages of major newspapers and magazines, rumors spread of migrants dealing drug-induced death and decay across the urban landscape. More recently, inflated fears of Muslim terrorists boosted immigration imprisonment. In the immediate aftermath of the September 11, 2001, attacks, Muslims who were suspected of violating immigration law—and nothing more—were thrown into high-security wings of maximum-security federal prisons. Adding his own emphasis to this decades-long story, President Trump shifted the federal government’s attention to gangs. Whoever has been in office, for three decades the president, Cabinet officials, and top advisors have claimed we must imprison our way to a functional immigration-law system.

With all the hysteria about drugs, terrorism, and gangs, it’s no wonder that the vast majority of people locked inside immigration prisons are people of color. Not only does policing disproportionately focus on black and brown migrants, but immigration enforcement does too, despite the presence of plenty of Canadian and European migrants who are also violating immigration law. “Historically we have evidence of more terrorists coming across our northern Canadian border than our southern border,” Asa Hutchinson, a top DHS official under President George W. Bush, said in 2007 as the agency was furiously recruiting Spanishspeaking Border Patrol officers. How should the gargantuan department he helped lead respond to the northern threat? “The best border security on the northern border is the grandmother who has lived in her house on the border for seventy years. She sits in her home and watches the border and calls border patrol when she sees something suspicious,” Hutchinson explained. To the north, we rely on grandmothers in their living rooms. To the south we rely on prisons, agents, and walls.

Spurred by, or taking advantage of, racialized fears of lawlessness, those on the political right view migrants, especially noncitizens with a criminal record, as national security risks and threats to the rule of law. They are “criminals,” former Republican Speaker of the House John Boehner said in 2013. On his first visit to the southern border as attorney general, Jeff Sessions instructed federal prosecutors nationwide to prioritize immigration crime cases. “Criminal aliens and the coyotes and document forgers seek to overthrow our system of lawful immigration,” he told a group of assembled Border Patrol agents in Nogales, Arizona. “It is here, on this sliver of land, where we first take our stand against this filth.” At the same time, many advocates keep migrants with criminal records at arm’s length out of concern that association with the most unsympathetic members of immigrant communities might tarnish broader immigration reform efforts. Sometimes, silence can weigh as heavily as the crudest words.

Copyright © 2019 by César Cuauhtémoc García Hernández. This excerpt originally appeared in “Migrating to Prison: America’s Obsession with Locking Up Immigrants,” published by The New Press and reprinted here with permission.