“How Much Can One Human Endure?”

A young Bosnian woman reflects on her family’s journey to the United States and her personal fight with COVID-19. 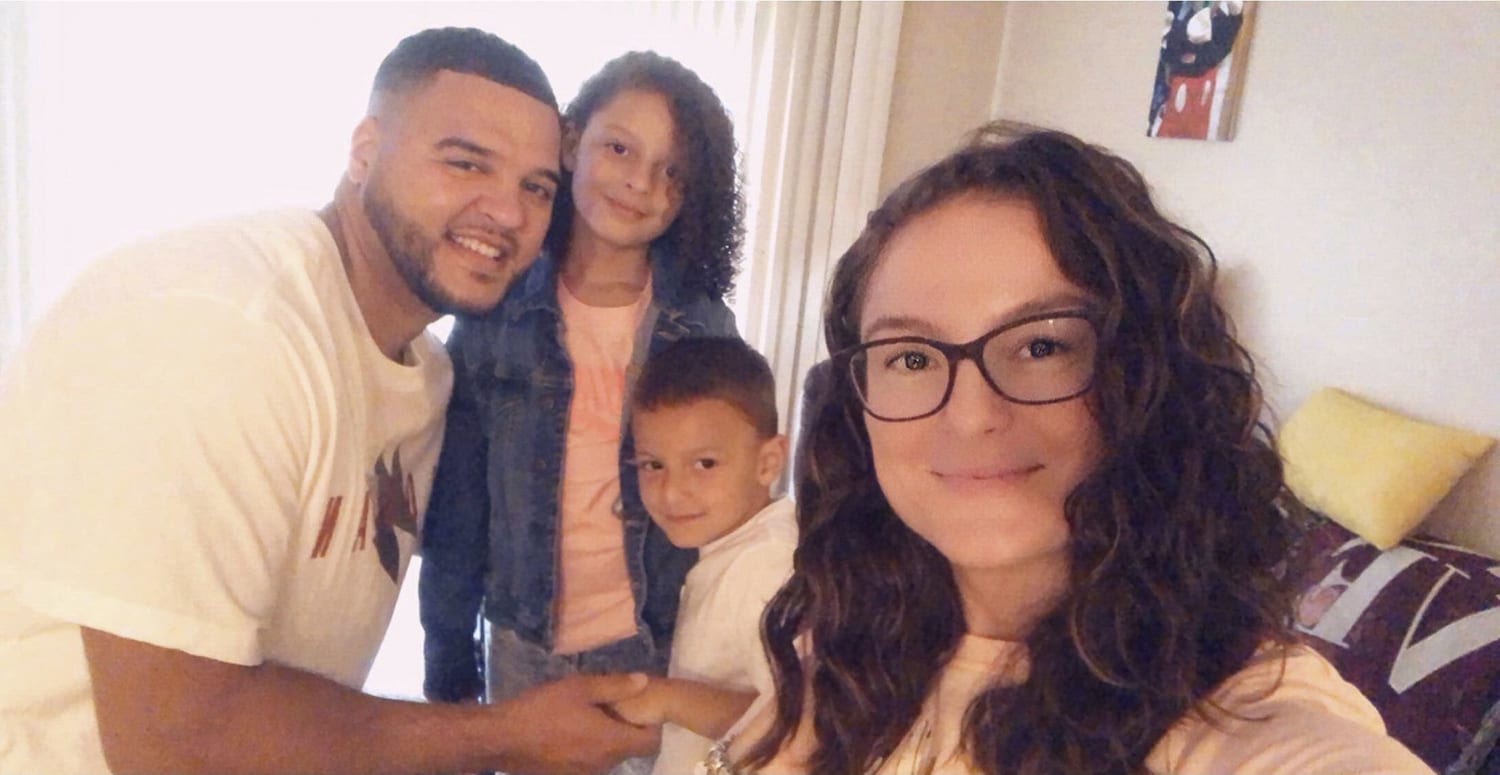 A young Bosnian woman reflects on her family’s journey to the United States and her personal fight with COVID-19.

Admira Duldanic is a young Bosnian woman and mother of two who lives in Glenview, Illinois. Her entire life changed when she was a child: she had to flee from Bosnia and Herzegovina to the United States after the state declared independence from Yugoslavia. The breakup of the federation prompted a war and acts of genocide by Croatian and Serbian forces, resulting in as many as 300,000 deaths.

In Chicago, Duldanic gradually rebuilt her life. But the COVID-19 pandemic introduced new traumas, including a major family tragedy. On May 13, 2021, Duldanic’s mother passed away from lung complications due to COVID-19. Borderless spoke with Duldanic about her upbringing, her transition to the United States and her experiences during the ongoing pandemic.

I was born in Bosnia and Herzegovina in a small town called Prijedor. My family lived in a beautiful home built by my father and grandfather. My mom was a stay-at-home mom who took care of my brother and me, our home and our garden. You could say we had a perfect life. That is, until the spring of 1992, when our country was attacked by our neighbor, Serbia.

As a 6-year-old, I had no idea what was going on. All you heard were bombs, rifles, tears and shouting. I was so afraid. I had never seen my parents react with such panic and distress. I had never seen that fear in their eyes before.

Our family members planned our next steps — how we were going to escape this horrible nightmare. After a lot of hiding, seeing our family members killed, people being tortured, families being separated, we made it to Croatia, where my dad had worked as a truck driver. There were long nights of running in the woods and suffering from hunger, but we were able to get a moment of relief.

My mom was escaping while she was pregnant with my little sister. She gave birth to her in Croatia in 1993. A few months later, my family and I made it to Czechoslovakia, where the Czechoslovakians put us in a refugee camp. This was where we endured the most difficulties and trauma. 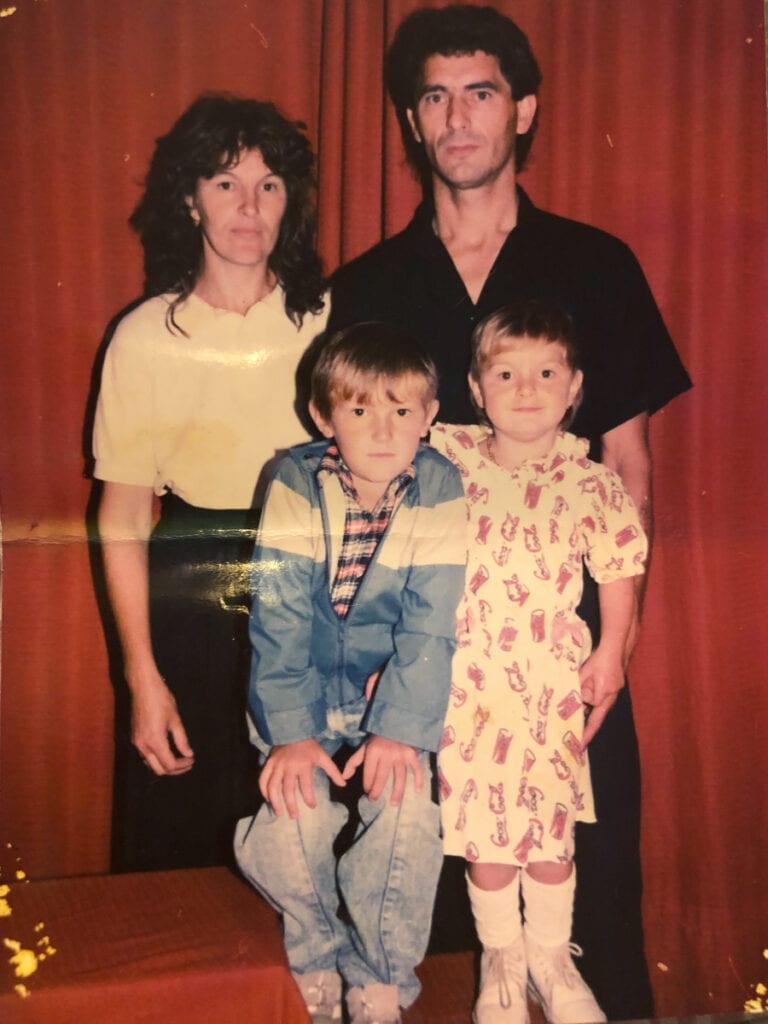 We were not allowed to bring anything but the clothes we had on. We had no toys, no TV and were only allowed to go outside for an hour. We were in a small room — my father, mother, brother, sister and me. My family and I couldn’t take a shower and had the same undergarments on for 30 days.

As a 6-year-old, I had no idea why this was happening, why my perfect life was snatched before my eyes. One of my aunts was in Chicago trying to prove she was stable enough to care for us. She was sending all the proper documentation to Czechoslovakia to assist in our release. Finally, after 30 days of waiting, we were let go. My aunt was able to relieve us from this horrible situation.

We arrived in Chicago in the summer of 1995, in Albany Park. We had no air conditioning and it was so hot. My brother, sister and I had to share a room with no doors, not realizing this was a dining room my father and mother had turned into a bedroom. As a refugee family, we had no money, no resources. We had to survive on what we had. It was completely different coming from a village in Bosnia. Back home, my father built our house from scratch and the community was one huge family. My uncles, aunts, and cousins lived in the same village. Going to Chicago with busy streets and chaos was a complete shock. My siblings and I had to adapt to this lifestyle, to this culture and learn a new language.

It was really difficult at the beginning. I was 9 years old and had missed three years of school. I was teased by classmates and other kids because I did not speak the language. I did not understand the teacher or the other students. Nor did I dress like the rest of the kids — my parents bought us clothes and shoes from the thrift store. I cried every day for a year, asking my parents to take us back.

My family came to the United States as refugees, and as soon as we arrived started the process to get the proper identification. We were able to get our permanent resident card within the first month. When my siblings and I turned 18, we applied for and were granted full citizenship quickly after. Unfortunately, since my parents did not speak English they could not apply for citizenship and were never granted it.

It was difficult, but we made it. My father worked hard, long hours as a stockman in a liquor store and a construction worker. He made sure to provide us with a roof over our heads, food on the table and clothes on our backs. We learned to appreciate everything because we knew at any moment all of this could be taken away. 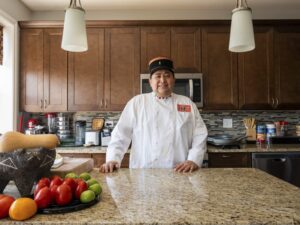 Who would have thought that 2020, when the pandemic hit, would bring me flashbacks? I’m 34 years old with a 6-year-old and a 9-year-old — the same ages my brother and I were when the war started. I was having a hard time at the beginning. Could it be that once again I have to go through something so tragic? How much can one human endure?

I had to adapt, once again. Schools shut down. You couldn’t go see your family or friends. Kids couldn’t socialize with their friends.

Well, that one time of going out changed my life forever.

On March 24, I tested positive for COVID-19. My kids and my fiancé did, too. My brother, sister and mother all tested positive. I felt so horrible that my one night of selfishness caused my immediate family members to test positive. I thought that going out to eat at a restaurant and having drinks with a family member wouldn’t do any harm, but I had a rude awakening. My kids and fiancé were fine. They had no symptoms, but I was a different story.

I was in the ER twice and at my doctor’s office three times. At one point I thought I was going to die. My temperature was 102.3 degrees Fahrenheit. I could not eat, drink or move. During this time, I had no idea that my mother was admitted as well. 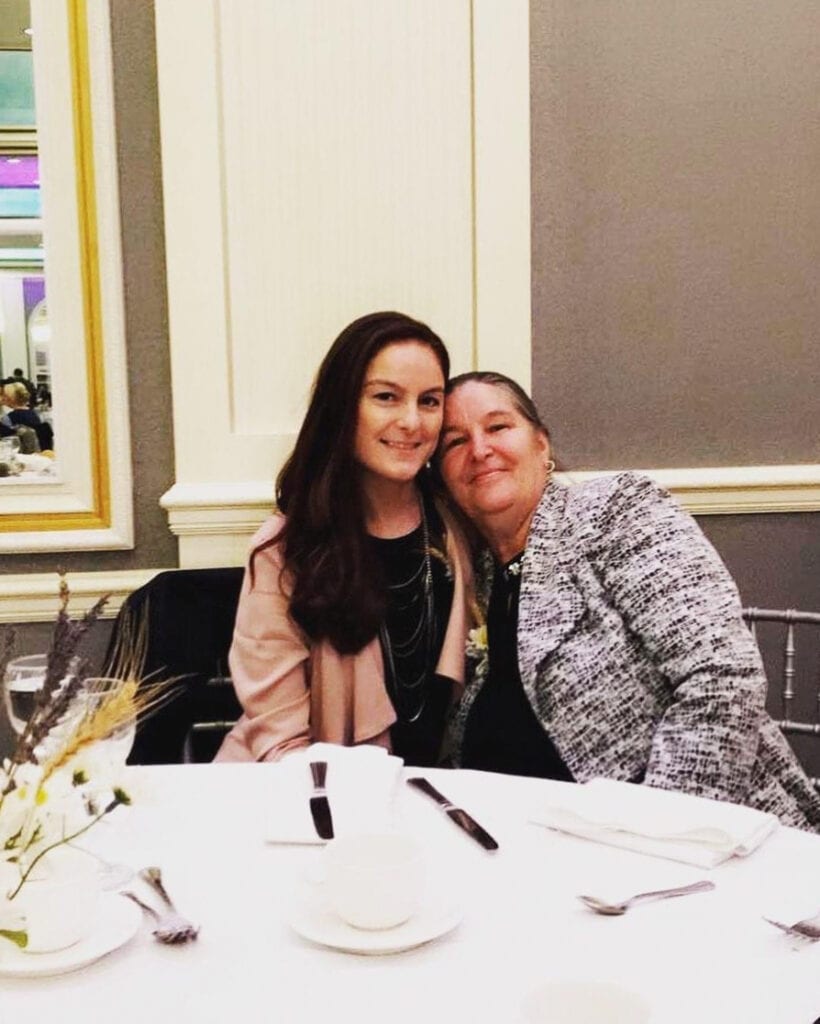 During the 20 days that I battled COVID-19, all I could think was, “Was that one night of going out worth it? How could you be so selfish? What if something happens to any of my family members? I am to blame.”

It has been nearly three months since I tested positive, and I am still not at 100 percent, health-wise. I developed asthma and I am also having trouble with memory loss, which is a possible side effect of the COVID-19 virus.

Nothing compares to the loss of my mother. She was fighting for over three weeks and could not fight any longer.

If I had only stayed in that night, circumstances would definitely have been different.

Letting my guard down put me in a situation where I am constantly questioning myself. I may have to live with some sort of guilt for the rest of my life.

Coming from a village in Bosnia as a young girl to a new world in Chicago, I have learned so much. All the trials and tribulations and the transition from Bosnia to Chicago made me the woman I am today. Now, 26 years later, I love it here. Chicago is my home. It is a place where I met the love of my life and have two amazing kids. I know both of my parents would be very proud of the woman I have become and the life I have created for myself.

This story was produced in partnership with Northeastern Illinois University’s Community Media class. Thanks to Professor Edie Rubinowitz in the Department of Communication, Media, and Theatre for her help on this project.