The Illinois General Assembly passed a sweeping immigration bill that would close all immigrant detention centers in the state and severely restrict how local law enforcement can collaborate with federal immigration agents. 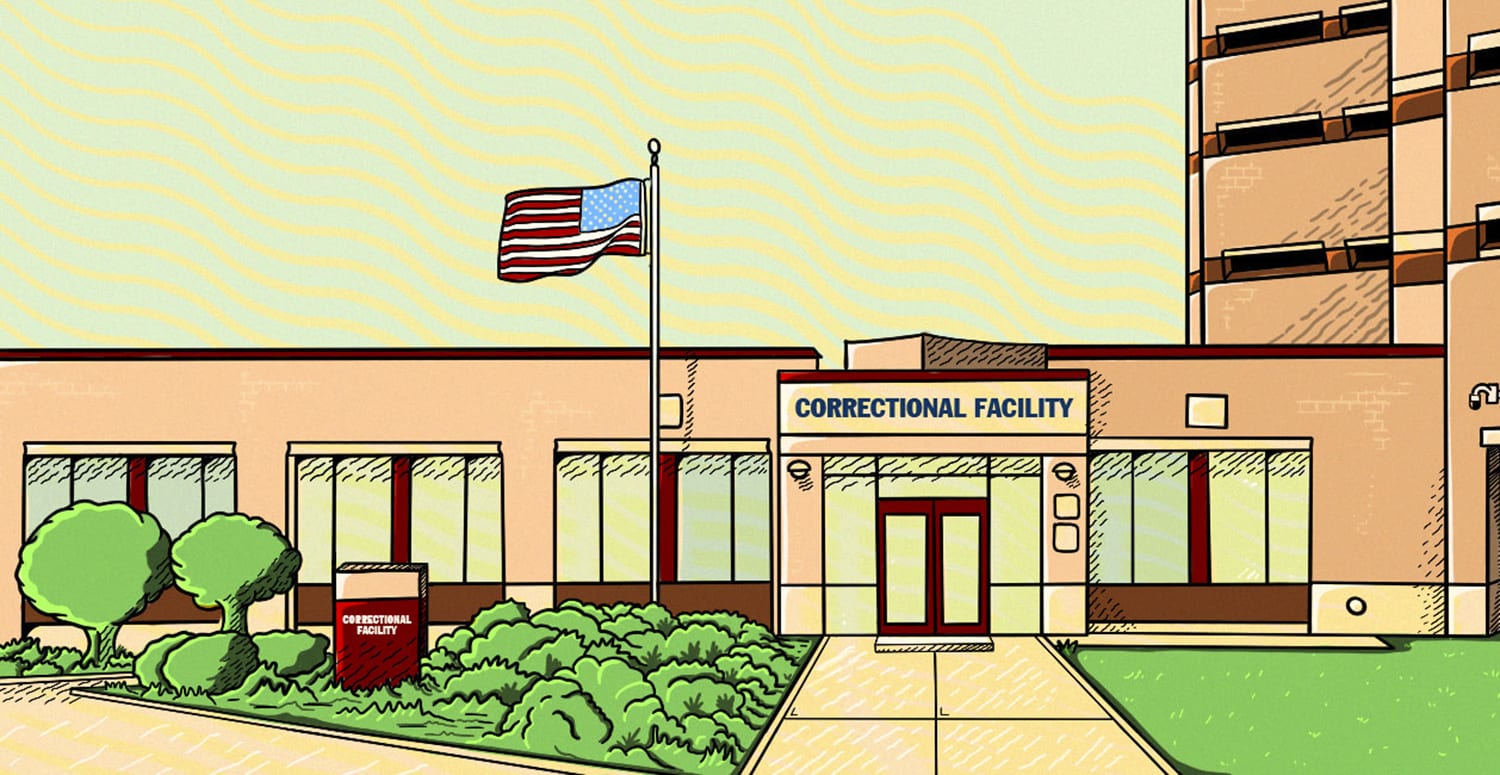 Illustration by Brian Herrera for Borderless Magazine / CatchLight Local
The McHenry County Adult Correctional Facility in Woodstock, Illinois, is one of three county jails in Illinois that have contracts with U.S. Immigration and Customs Enforcement to detain immigrants in the agency’s custody.
By Carlos BallesterosJune 1, 2021January 21st, 2022Immigration Policy

The Illinois General Assembly passed a sweeping immigration bill that would close all immigrant detention centers in the state and severely restrict how local law enforcement can collaborate with federal immigration agents.

The Illinois General Assembly passed a sweeping immigration bill that would close all immigrant detention centers in the state and severely restrict how local law enforcement can collaborate with federal immigration agents. The bill now goes to Gov. J.B. Pritzker’s desk for his signature.

Under the bill — known as the Illinois Way Forward Act — cities and counties in Illinois would be prohibited from entering into contracts with U.S. Immigration and Customs Enforcement to “house or detain” immigrants in ICE custody at local jails. The state already restricts private immigration detention centers, so if Gov. Pritzker signs it into law, it would rid Illinois of all existing ICE detention centers by Jan 1, 2022.

A spokesperson for Pritzker’s office did not respond to a request for comment Friday. And an ICE spokesperson said the agency “does not comment on specific proposed legislation.”

The bill would limit how police across the state cooperate with the immigration enforcement agency. Local law enforcement agencies would be prohibited from asking anyone in their custody about their immigration status. Police would also be barred from transferring anyone they arrest into ICE custody and from collaborating with ICE on deportation raids and other enforcement actions without a federal judge’s order.

Fred Tsao, senior policy counsel at the Illinois Coalition for Immigrant and Refugee Rights, which has advocated for the bill, said it would bring the entire state in line with Chicago’s ‘Welcoming City’ ordinance.

“If this is good enough for the city of Chicago, it should cover the rest of the state,” Tsao said. 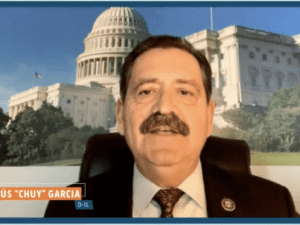 State Sen. Omar Aquino, D-Chicago, who represents parts of Chicago’s Northwest Side and western suburbs, introduced the bill in February. Since then, half of the other 40 senate Democrats have co-sponsored the bill, including Senate Majority Leader Kimberly Lightford, D-Maywood.

The bill passed the Senate 36 to 19 Friday, with all Republicans and one Democrat voting no. Senate Minority Leader Dan McConchie, R-Lake Zurich, did not respond to a request for comment about his opposition to the bill. It passed the House late Monday, 68 to 47.

“Why would we not want to work with the federal authorities to make sure violent, illegal immigrants are not released [from local law enforcement custody] within our communities?” Southwood said.

An analysis by the Transactional Records Access Clearinghouse at Syracuse University showed that four in ten immigrants detained in ICE custody last year had any criminal convictions on their records. An even smaller share — just under 11% — had been convicted of what ICE considers serious (or “Level 1”) offenses like assault, sexual crimes, or murder.

If the bill becomes law, Illinois would join a small group of states — including California and Washington — that enforce statewide sanctuary laws and prohibit counties from contracting with ICE to operate detention centers. ICE could still directly operate its own detention centers, but the agency does not currently have any facilities in Illinois.

Tsao said the bill “could be a model for other states that want to extend further protections to their immigrant communities.”

Tsao said the Illinois Way Forward Act takes its name from the New Way Forward Act, which Rep. Jesus “Chuy” Garcia, a Chicago Democrat, introduced in the U.S. House of Representatives in January. Garcia’s bill, which has stalled in committee, would phase out the use of private detention centers and county jails to hold immigrants in federal custody and restrict cooperation between local law enforcement and ICE, among other provisions. 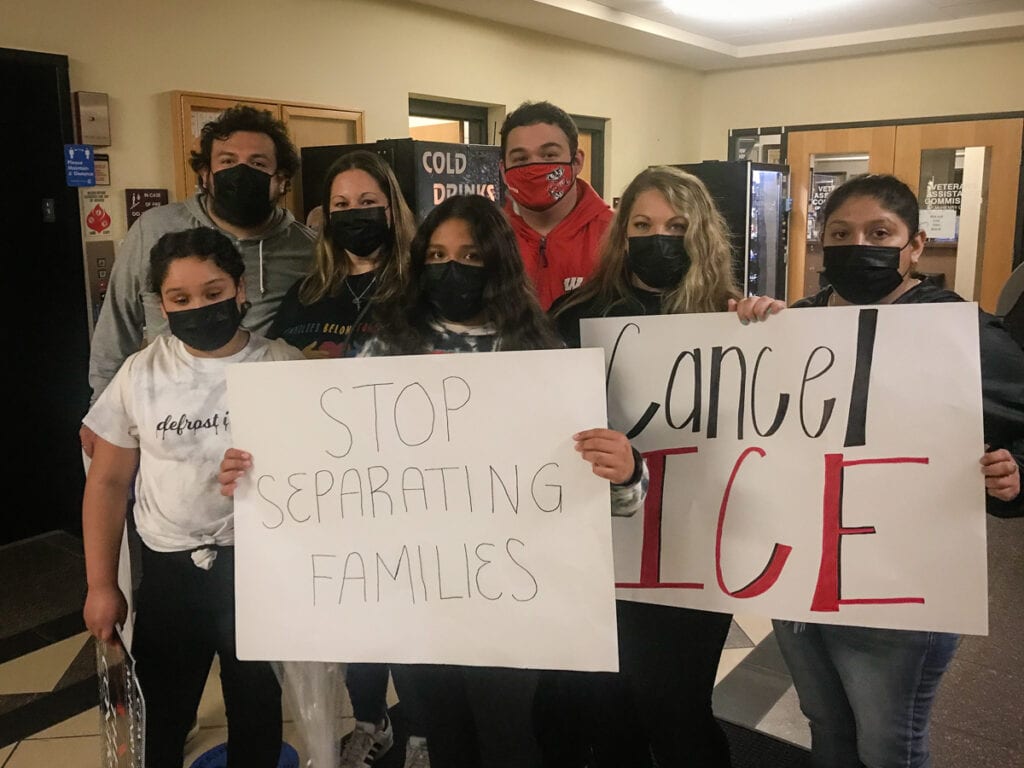 Kristin Glauner (second from the left in the top row), poses with her brother-in-law, Arturo Elizarraraz, and her five children and after the McHenry County Board of Commissioners voted May 18 to uphold the county’s contract with ICE to detain immigrants at the county jail. Glauner’s husband, Cesar Elizarraraz, has been detained at the jail under ICE custody for nearly two years. Carlos Ballesteros / Injustice Watch

An ICE spokesperson said the agency currently has contracts with three Illinois counties — Kankakee, McHenry, and Pulaski — to detain immigrants at their county jails. ICE pays Kankakee County $90 a day per detainee and McHenry County $95 per detainee, according to officials in both counties. Officials in Pulaski County did not respond to requests for comment.

Tsao said closing detention centers would put an end to “profit motives for counties and private companies to just make money off of locking people away.” It would also send a message to the federal government that holding immigrants in jails for alleged immigration infractions is wrong, he said.

But closing the detention centers doesn’t mean that immigrants detained there would be released. ICE could transfer them to one of more than 100 other detention centers it operates or contracts nationwide, an ICE official said.

On May 18, the McHenry County board of commissioners voted down a proposal to cancel its ICE contract, following a year-long campaign from dozens of activist groups. Some board members argued at the meeting that the country shouldn’t forgo that revenue since ICE will detain immigrants anyway. The contract netted the county more than $3 million per fiscal year from 2016 to 2020, according to a report from the county board.

But Amanda Hall, an educator and co-founder of the Coalition to Cancel the ICE Contract in McHenry County, said the ICE contract with the county jail “terrorizes” immigrants in the area because they’re “scared of police officers and being pulled over” and then put in ICE custody.

Those fears materialized for Kristin Glauner, 39, a mother of five who lives in McHenry County. Her husband, Cesar Elizarraraz, has been in immigration detention at the county jail for nearly two years, after local police arrested him for allegedly selling a used car without a permit, she said. Elizarraraz did not have proper documentation to live in the U.S., and Glauner suspects the Crystal Lake Police Department handed him over to ICE. The police department did not respond to emails or calls for comment.

Under the Illinois Way Forward Act, the Crystal Lake police would’ve been barred from asking about Elizarraraz’s immigration status, transferring him to ICE, or informing the agency that he was in their custody.

Glauner wants the McHenry County detention center to close, even if it means that her husband would get transferred out of the state.

“I don’t think counties should be profiting off of people’s misery,” she said.