‘Solito’ by Javier Zamora: An Excerpt from the Best-Selling Memoir

Poet Javier Zamora took a three-thousand mile journey from El Salvador to the United States as a boy to reunite with his parents. 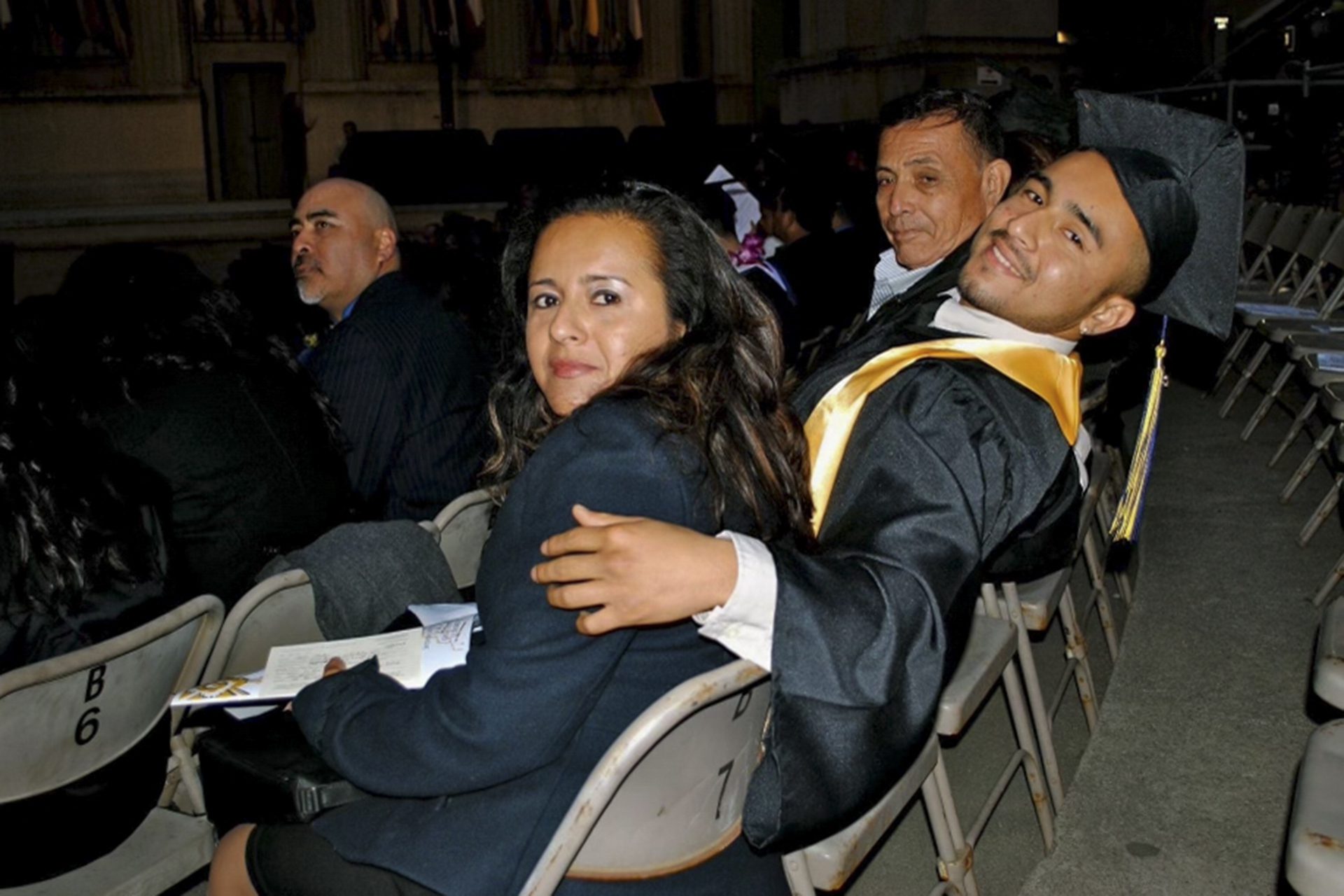 Poet Javier Zamora took a three-thousand mile journey from El Salvador to the United States as a boy to reunite with his parents.

When Javier Zamora was nine years old, he left his small town in El Salvador and embarked on a three-thousand mile journey north to be with his mother and father in the United States. Traveling with a group of strangers and a “coyote,” Zamora traveled by truck, boat and foot through Guatemala and Mexico to cross the U.S. border.

Zamora chronicles that treacherous two-month trip in his new memoir, “Solito,” which is already a New York Times bestseller.

“This is the mythic journey of our era, told by a hero not old enough to tie his shoes, an oracle for our troubled times,” wrote Sandra Cisneros, author of “The House on Mango Street,” of Zamora’s riveting book.

Like thousands of young people each year, Zamora left his home to find a safer life with his family in the United States. Nearly 130,000 “unaccompanied minors” – people under the age of 18 who come to the U.S. without a parent or guardian and without a legal immigration status – entered the U.S. federal shelter system in the 2022 fiscal year, an all-time high. Zamora’s parents had left El Salvador and come to the United States years before him because of the U.S.-funded Salvadoran Civil War. 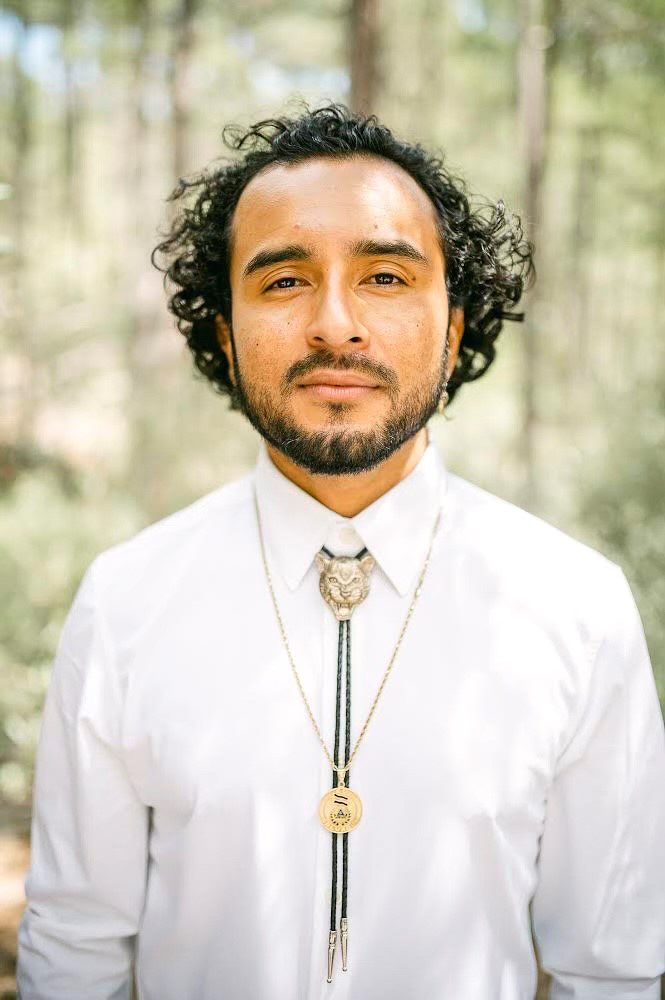 In this excerpt, Zamora recounts walking through the Mexican desert after Mexican soldiers stop their bus at a checkpoint. The soldiers and their big black boots and their long guns terrify young Zamora. After making Zamora’s group lie on the dirt and sending their bus away, the police take their money and leave them on the road.

We’ve been walking since noon. One p.m. Two p.m. We watch for police and soldiers coming down the road. Not the main highway we were on, a different route, fewer cars, fewer towns, Coyote said. We’ve been on this road for hours. It’s still asphalt, but there’s dirt on both sides, cactuses, bushes, but no trees for shade.

If police or soldiers approach, we run away from the road and hide in the brush. We scream, “¡Hide!” if any vehicle comes from up front, or from behind. Marcelo walks backward, looking everywhere. Then Chino takes Marcelo’s job. Then Chele. If it’s not police or soldiers, Coyote holds his thumb out like in cartoons, says this is the safer thing to do, for him to put his thumb out and for us to run away and hide.

Coyote asks if we talked while getting on the bus, if we talked in the terminal. No one says anything. He tells us to always, always have our pinches Mexican accents on. “¿You know what? Just keep your fucking mouths shut. Now you’re almost out of money.” He explains he’s done this a thousand times. That it’s our fault we’re walking. To let him be our mouth.

He still hasn’t told us his name. Doesn’t tell us much except that he’s Mexican, but not from the “shitty” south of México where we are. We’ve been walking for hours. No one has stopped. It’s very hot in the sun. Even hotter on the asphalt; our shoes feel like they’re melting. We took our nice clothes off; Patricia thought it was smart to put our wet clothes on, the ones she washed for me. It did cool us off for a bit, but now we’re hot again. We’re sweating like we sweated when we were sprawled on the dirt. The guns. Their hands.

The plan is to make a car stop to give us a ride. It has to work. Coyote says The Boots took most of our money. That he had to give it to them. That it’s the reason we can’t pay for another bus. We must save.

Coyote says Mr. Dólares messed up, that he “royally fucked up.” That The Boots just want to scare people and don’t really want to deport us. “Too much paperwork.”
“It’s why you hide your money where no one will look. All they want is a little bite.”

Even I remember Don Dago telling us not to keep our money in our shoes, in our pockets, in our socks. Or to double-sock it and hide the money between the socks.

“Cipotillo, don’t worry,” Chele says to me as we’re walking. He’s sweating, breathing heavily. Cipotillo is what he’s decided to call me.No one has ever called me that. “We’re from the only country in the world named after God. Think about it.”

I didn’t know Chele was religious.

“So that means He will help us get to ¡Los Estamos Unidos!”

There aren’t any cars, no people except us. No one tells him anything.

Los Estamos Unidos. I like that. It’s where we’re going. Together. To be with our families. I last spoke to my parents in Tecún when Grandpa called them. None of us have called north. When Grandpa left, that’s the last day I talked to anyone: Abuelita, Mali, Lupe, Mom, Dad. I miss all of them. 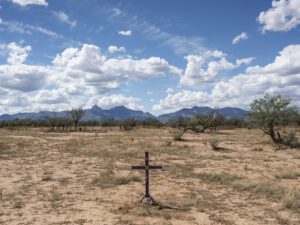 ¡To Los Estamos Unidos! I want to scream it like Chele did. But I just follow everyone. We walk until our legs say “no more” and Coyote says, “Rest, someone will stop.”

“We’ve been through enough for one day,” Patricia adds.

So we hide in the bushes next to the road as our Capitán Coyote holds his thumb out. All of us gather around Marcelo, who begins to explain what faak means. Whenever a car slows down but then keeps driving, Marcelo yells, “¡Faaaak!” No one knows the word.

“It’s Inglish,” Marcelo says. Tells us what it’s like living in Los Ángeles, where he lived before he was sent back to El Salvador. That he didn’t want to come back, but gringos caught him. I don’t know what that means, but no one asks.

Grandpa was right. People in town say Marcelo didn’t come back because he wanted to. “But up there, I learned some Inglish.” Everyone’s eyes are glued to him speaking. Then he says, “La USA is the best country, better than any we’ve been in.” He leans closer to me.
“The best country, Chepito.”

It’s my chance, so I ask him if what I’ve heard is true. “¿Is there pizza during lunch at school? ¿Do kids eat hamburgers all the time? ¿Are the streets clean and with McDonald’s everywhere? ¿Is the beach blue and wide like in Baywatch?”

“Okay, but tell us what faak means,” Patricia says.

“Say it,” Patricia pushes him.

“The kids.” He nods at us, then leans closer to her and whispers it.

She blushes and her eyes get huge.

Then Chino. Then everyone in The Six says the same thing: “¡Faaaak!” We scream from the pits of our bellies. Up our throats. Out of our wide-open mouths. We can’t stop laughing. I still don’t know what it means. First, I hoped the cars would stop. Now, a part of me hopes they keep driving so we keep yelling: “¡FAAAAKKKK!” 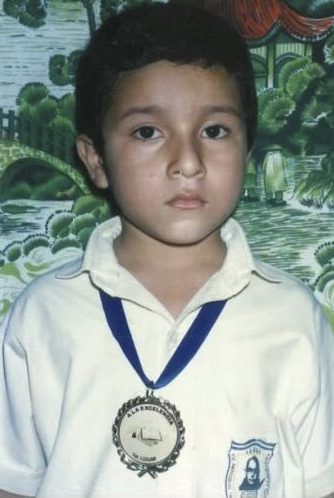 Javier Zamora around seven years old, in his hometown of La Herradura.Photo courtesy of Javier Zamora

It is getting late. Not dusk, but almost. Coyote gets an idea. “People want to help a mom and children, ¿no?”

A few minutes later, it’s Patricia, Carla, and me next to Coyote hoping someone stops. We’re so sunburned. Our water is running out. We’ve eaten all the snacks we bought at the terminal. The soles of our shoes hot like coals.

Then a light-gray microbus approaches.

“¿Where are you going?” the driver asks.

“Wherever you are, jefe,” Coyote says, looking at us to make sure we don’t say anything.

The driver taps the wheel with all of his fingers. Looks past the windshield, then flicks his head as if it’s a tail. “Get in. You don’t want to be here at night.”

Patricia lets out a sigh. I smile. Carla smiles. Coyote waves at Marcelo, Chino, and Chele, who rise up from the bushes.

“They’re harmless,” Coyote tells the driver, making sure Patricia, Carla, and I are already in the microbus, his hand holding the door open.

The men climb inside. There’s only one other person, in the passenger seat. ¿A customer? ¿The driver’s brother? The driver doesn’t say anything, but the passenger holds a backpack también.

Acapulco. I know that place. I sit in the back row, on Patricia’s lap. Carla next to me. Chino next to her. The other men share the middle row.

There’s no AC. The driver has all his windows down to let the air waft through the microbus. Chino opens the triangular windows in the back. They’re small, and only some wind comes in, but it’s better than hiding in the brush.

“Rest up,” Coyote says, turning to look at Carla and me in particular. He still hasn’t told us his name. “We’re safe,” he says, his voice still a little raspy. It’s been that way all day, since he screamed at us when everyone from the boats was showering or using the bathroom. “Three minutes,” I can still hear him saying.

“We’re safe, rest,” he repeats. No one says anything. The driver turns the radio on. It’s Los Temerarios, “Como Te Recuerdo.” I love this song. Mali loves this song. Abuelita loves it. The opening is so smooth, quiet. And then it increases in speed, in sound, and it’s like a firework goes off before Como te recuerdo, amor. Si tú supieras cuanto te extraño . . .

The breeze enters through the crack in the window. I miss my home. My family. I want to sleep. I try closing my eyes. This is México. We’re driving to Acapulco. The sun is a point in the sky, the same sun I saw rise today on that beautiful beach. Seems like days ago. The boats, the soldiers, the walk, the flying fish, the beach, the trucks, the shower, the three minutes.

Excerpted from Solito by Javier Zamora. Copyright © 2022 by Claudia Fleming. Excerpted by permission of Hogarth, an imprint and division of Penguin Random House LLC. All rights reserved. No part of this excerpt may be reproduced or reprinted without permission in writing from the publisher.

By using our affiliate link to purchase books through Bookshop.org a portion of the proceeds goes to help support Borderless Magazine’s work.

Young Venezuelan Struggles To Build A Life And Pay Off Debt Of His Journey To America
A Young Father Survived A Deadly Journey To Provide For His Family. The Danger Didn’t End Once He Arrived In Chicago
A Venezuelan Father’s Fight to Provide for his Family in Chicago
This Family Is Searching for Home Again After Leaving Venezuela for Chicago
What’s Behind Venezuelan Migrants Coming to Chicago?
The Essential Guide to Mutual Aid Groups in Chicago