Coping with the Tigray Conflict an Ocean Away

As human rights abuses continue in Ethiopia, Chicago chef Tigist Reda is among the many Ethiopians in the U.S. who are left with more questions than answers. 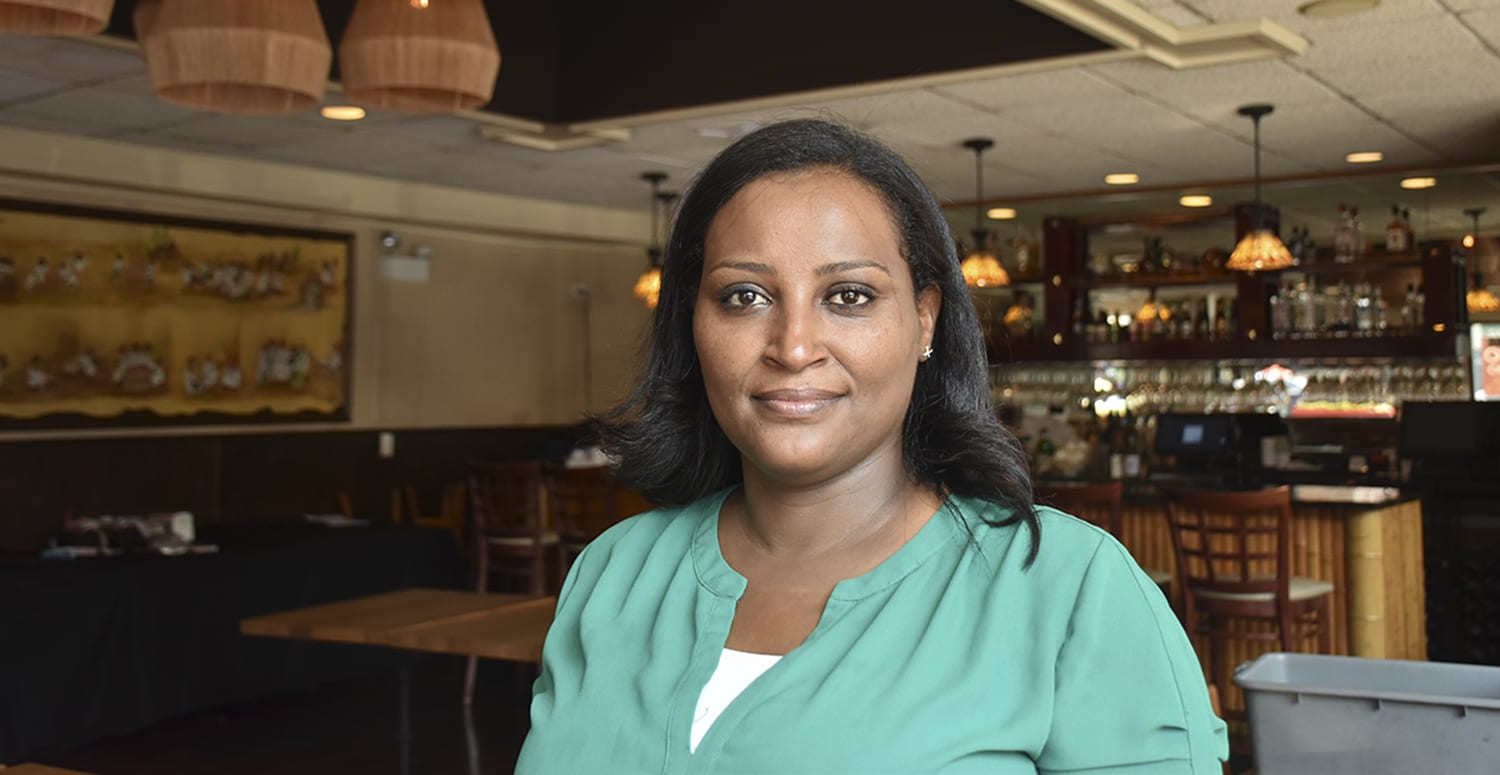 As human rights abuses continue in Ethiopia, Chicago chef Tigist Reda is among the many Ethiopians in the U.S. who are left with more questions than answers.

When Tigist Reda left her home in the Tigray Region of Ethiopia for the United States in 1997, her family saw her departure as a step toward a new life. Just 17 years old at the time, she settled in Chicago and gradually connected with the growing Ethiopian community concentrated on the North Side. Nearly 4,500 Ethiopians lived in the neighborhoods of Uptown, Edgewater and Rogers Park in 2000, and these communities continue to grow.

In 2007, Reda and her former husband opened Demera, a critically-acclaimed restaurant based in Uptown that serves traditional Ethiopian dishes such as doro wat (spiced chicken), kik alicha (split pea stew) and misir wot (spicy red lentils). She has established it as one of the few widely known Black- and woman-owned businesses in Chicago while also staying true to her culture.

Now at 41, Reda has suddenly found herself cut off from her extended family in Ethiopia, whom she typically visits every two to three years. Clashes between political and ethnic groups have roiled the East African country, which is facing a worsening humanitarian crisis. In September, Tigray People’s Liberation Front, a leftist political party, held its own unsanctioned regional elections, intensifying divisions between the region and the federal government. Conflict broke out on November 4 when the Ethiopian government launched a military offensive on the TPLF, accusing it of attacking federal troops in the region. The ongoing Tigray conflict has turned into a power struggle that the government continues to downplay.

Reda’s family and other Tigrayans continue to face mounting violence, displacement and man-made famine. Thousands of people were forced to flee the region, creating a refugee crisis; the fighting has also heightened the risk of genocide. As she navigates this period of uncertainty, Reda has shown up for her community in Chicago while keeping her business afloat.

Borderless sat down with the chef and restaurant owner to speak about how life has changed since November 2020.

I was born and raised in Mekele, the capital of Tigray Region, and got married when I was 17. It had been arranged between families, and my then-husband was living in Chicago. I was the first in my family to leave the country, and I was very nervous. Now, my sister, niece and a few cousins are here, but the majority of my family are back home.

I’ve been in Chicago ever since. I used to cook and entertain a lot when we were in the suburbs, but I was also going to school during the day and working full-time in the evening. I used to be a server and a cashier, and I had worked at hotels and managed parking lots. I wanted to do something with my life, and my former husband and I were able to find the location and open the business.

I wanted to open Demera because I knew I loved to entertain. I believed I could introduce healthy and flavorful foods to Chicago. 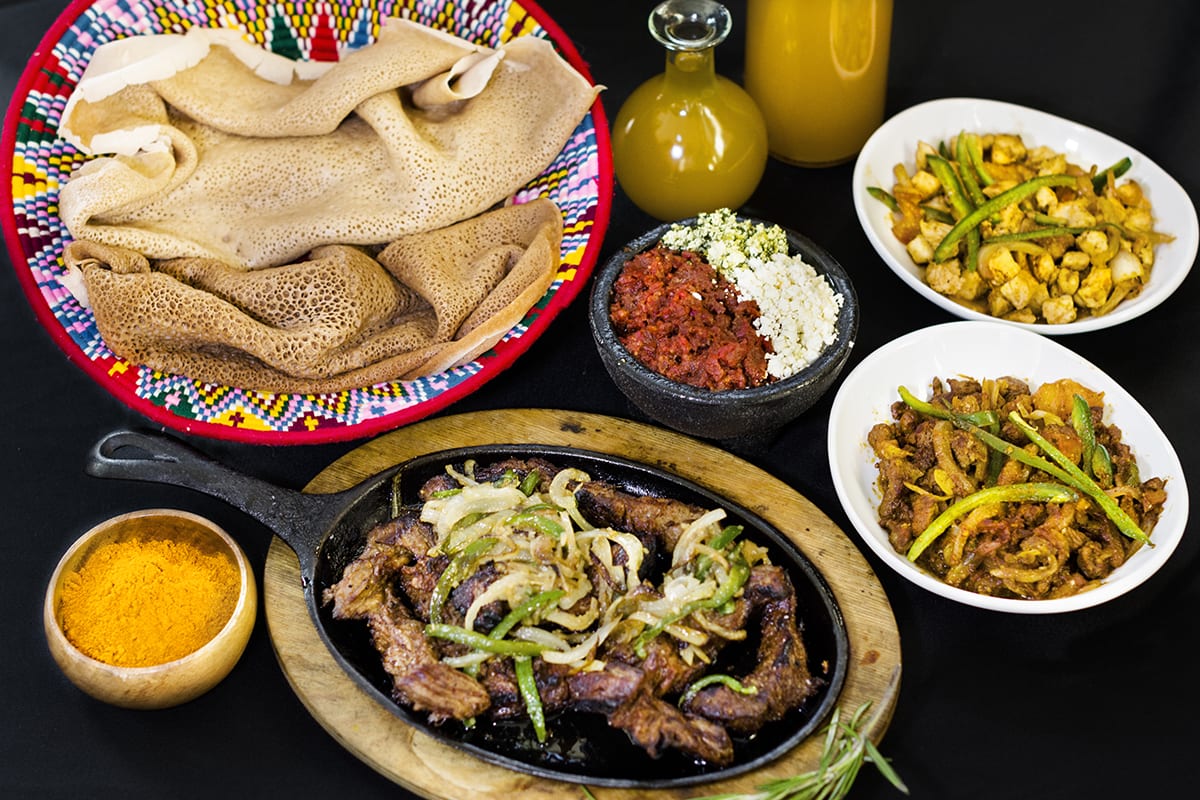 With the pandemic, we’ve had limited resources and were greatly impacted by the stay-at-home order. In the beginning, we had to let go of a lot of staff — we went from 27 people to only three. We were dependent on deliveries. And then we experienced locust swarms [in Ethiopia], which affected the food supply and harvest. It had never been that bad, at least for a long time, and the whole country was impacted. But once the war broke out, all of that seemed like nothing.

This has been one of the hardest moments in my life. The wars before have been nothing like this. There has been tension over the past two years so we were fearing that something might happen, but we never thought this was going to become so bad. Everything happened so suddenly when the war broke out. This Tigray conflict is just fast and fierce — a lot of damage, all at once. 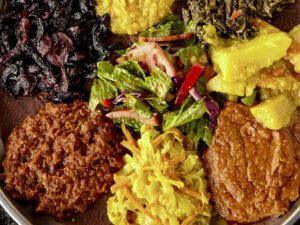 When I was 8 to 9 years old, there was a civil war between the Derg and TPLF in Mekele. And in 1998 and 2000, there was the war between Ethiopia and Eritrea, but I was already in the U.S. then. This has been worse because there’s just so much that we don’t know. We have no way of getting in touch with our loved ones because it’s too dangerous. Even now, 80 percent of the population has been unreachable. We don’t know what’s happening to our family, and I wasn’t able to speak to my parents for 45 days. I have been frantic. We’re worried about one of our grandmothers and uncle on my mother’s side. The Eritrean soldiers reached the village where they lived and took over. My uncle had to walk 18 hours on foot because he feared for his life. 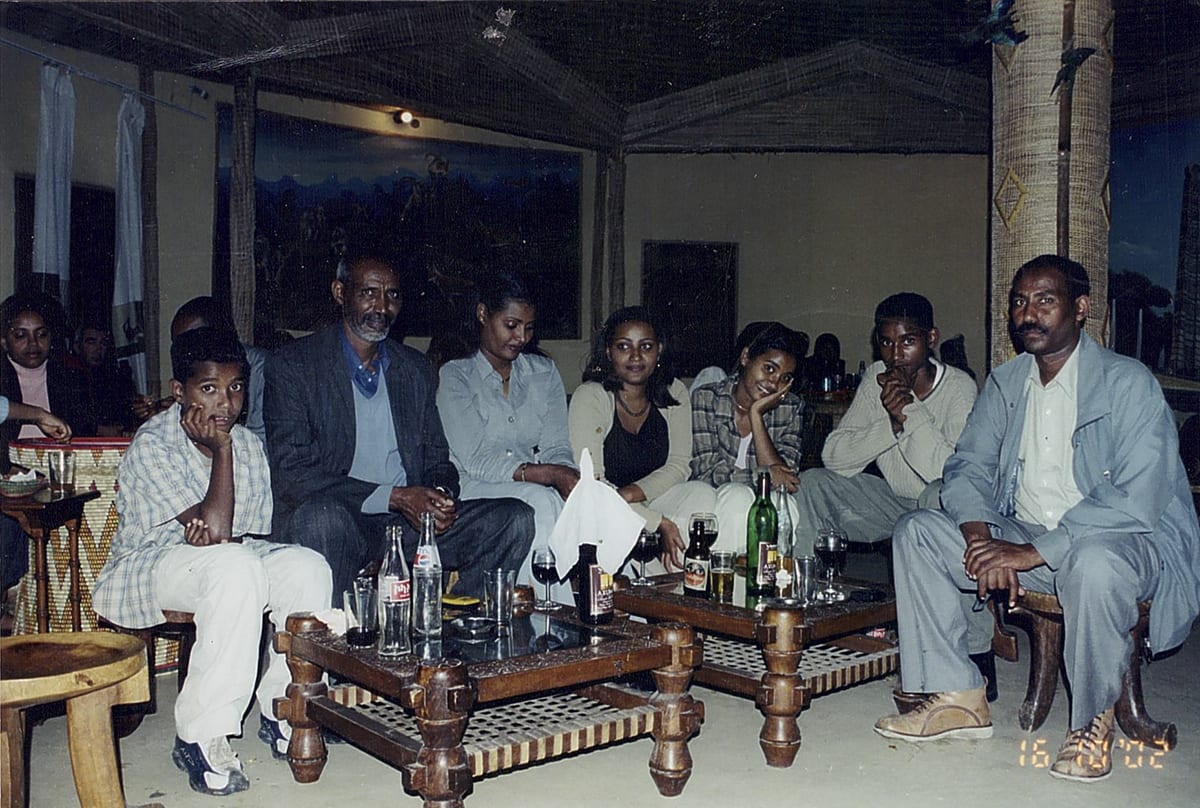 For the Tigrayans, I think there is this strong feeling of abandonment and betrayal from the government and fellow Ethiopians.

I’m pretty involved in our community here. I co-host mental health calls every Thursday with a friend to help people cope with the Tigray conflict back home. Most of us are worried about a family member, and we are seeing very disturbing images of civilians dying, including women and children. There are interviews with so many women and young girls who have been victims of rape. For the people in our calls, it has been difficult to sleep or focus at work. And so many of them are getting flashbacks from past war experiences. I have also begun talking with others about training on community healing. We’ve been closer than ever, but also much of the non-Tigrayan population in this country has remained silent. Ask any average person here in Chicago, and they have no idea what’s going on.

I have always had a strong interest in humanitarianism and development. But I would stay away from politics. The reason I am vocal now is that this has gone beyond politics. This is a humanitarian crisis, and to me, it has been very discouraging to see people from our own country being silent because of not wanting to get involved “in politics.” 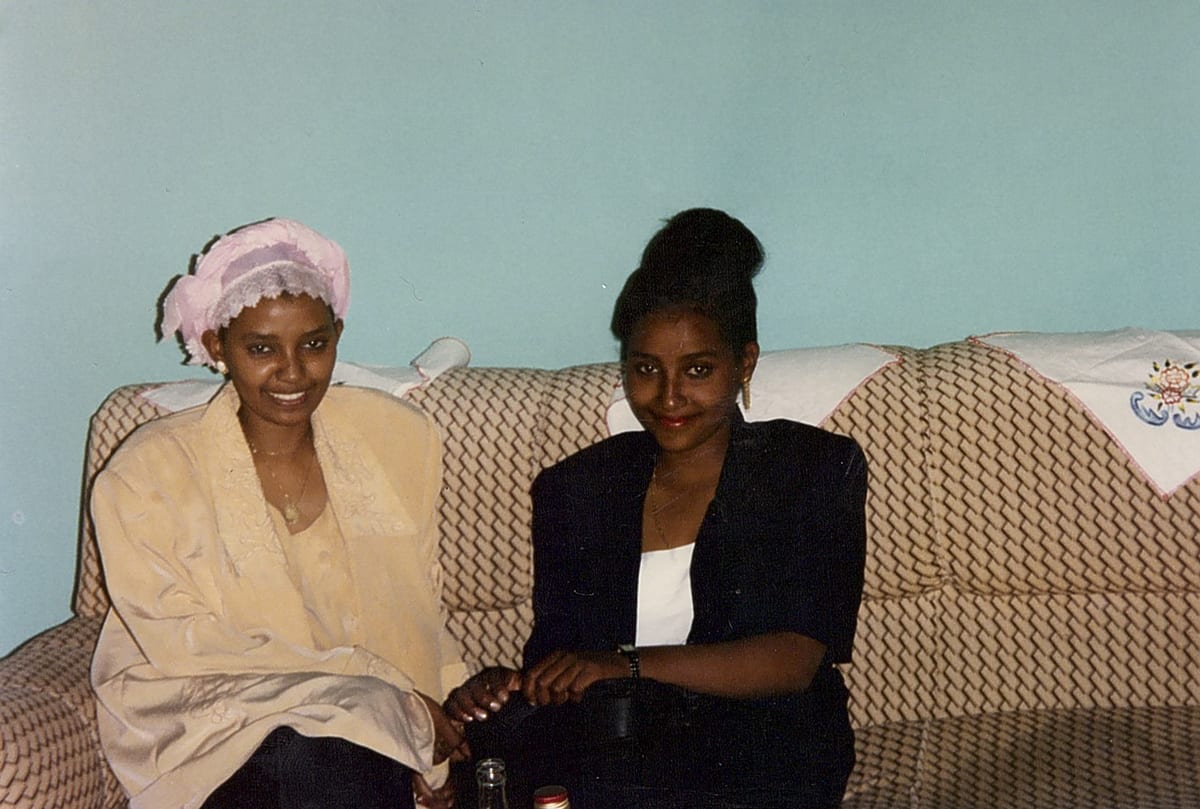 Tigist Reda, right, and her sister Azeb G. Reda in Feb. 1997 in Ethiopia. It was the day of Tigist’s engagement to her former husband. Azeb still lives in Ethiopia, in Mekele, the capital city of the Tigray Region. Photo courtesy of Tigist Reda

I want people to know that the Tigray conflict is a humanitarian crisis caused by the federal government. They are killing people and looting villages. The amount of gender-based violence has been deeply disturbing to me. We’ve never had such high amounts of gender-based violence. I just never believed this type of atrocity could happen in either Ethiopia or Eritrea. I thought the religion and its culture would protect us from this, but now I am understanding that this is not coming from one culture or belief system. It’s like the people here storming Capitol Hill. I never thought I would see that here. But I am learning that human behavior is possible anywhere. I think we all just have to watch for the signs and prevent them from happening.

We have been surviving. We are starting to see the light at the end of the tunnel with COVID-19. At Demera, we have been able to bring back some of our staff, and we have been working with a network of Chicago women-owned restaurants. We have also done a lot of food pop-ups, like at the Boxville Marketplace in Bronzeville and in different suburbs each week.

But the war brought a lot of chaos. The humanitarian agencies are not able to get into those regions. Accountability should happen, and it needs to start with the government. It’s been really difficult to wrap my head around everything. But I am hopeful that soon I will be able to go back home and help people who have been directly impacted by the war.