A DACA Recipient on Fighting for His Dreams

As told to Claudia HernándezSeptember 23, 2020As Told To, Postcards from the Border

After being detained by immigration authorities, a 27-year-old Mexican immigrant finds a chance for an education with the Deferred Action for Childhood Arrivals, or DACA, program.

As told to Claudia HernándezSeptember 23, 2020As Told To, Postcards from the Border

After being detained by immigration authorities, a 27-year-old Mexican immigrant finds a chance for an education with the Deferred Action for Childhood Arrivals, or DACA, program.

Eric grew up as an undocumented child in the United States. Despite his efforts to fit in, he knew he couldn’t have the same opportunities as many other people. After being held in an immigration detention center in Texas, he decided to apply for DACA. Now, the 27-year-old has a master’s degree and is finally shaping a future for himself.

I was born in Delicias, Chihuahua, four hours from El Paso, Texas.

It wasn’t in my parents’ plans to move to the United States. One day we went to El Paso for my cousin’s birthday. My mom was six months pregnant, and she had to be taken to the hospital because she wasn’t feeling okay. She gave birth to my little sister, who is our angel; she has Down syndrome, and she fills our life with happiness. However, she needed medical assistance 24 hours a day. The doctors in Mexico said that their resources were insufficient for my sister’s needs and that she should go to the U.S. to get help. Since God wanted my sister to be born in the U.S., my parents decided to do it.

I was nine when my parents told me we were leaving Mexico. My brother and I cried, because we didn’t want to say goodbye to our life. 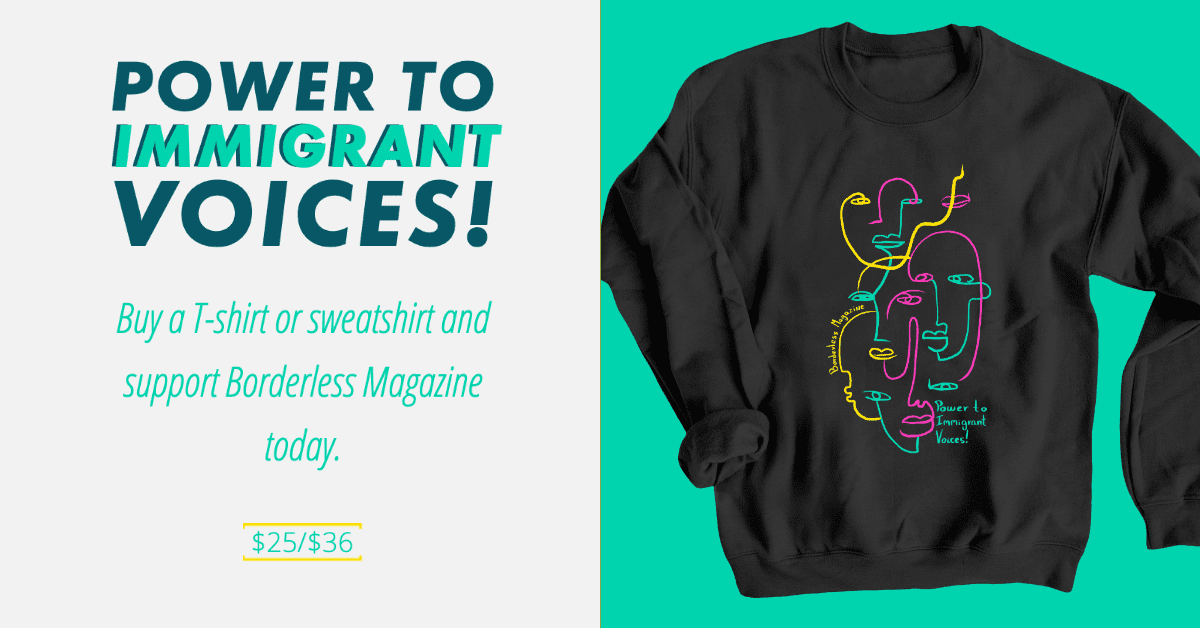 In the U.S., we didn’t have anything, and we couldn’t afford anything. We would basically sleep on the floor. Our new home consisted of some mattresses on the floor and a folding table. We struggled a lot, especially during the first years.

My parents didn’t want me to grab anyone’s attention. Little by little, I started learning that I needed to behave “properly,” to always be quiet and be calm. I didn’t speak English so I always got in trouble at school because I couldn’t understand anything. I was bullied a lot at school, but I had to learn how to deal with it because I couldn’t afford to get in more trouble. I was afraid of what could happen if I did.

My immigration status became a struggle in high school. College was approaching, and I wanted to study at certain schools, but there were many things I couldn’t do to apply. I couldn’t get an ID card, and I didn’t qualify for any type of scholarships. I used to think that I if was able to go to college, they wouldn’t give me my diploma because I was undocumented. I didn’t know my rights. 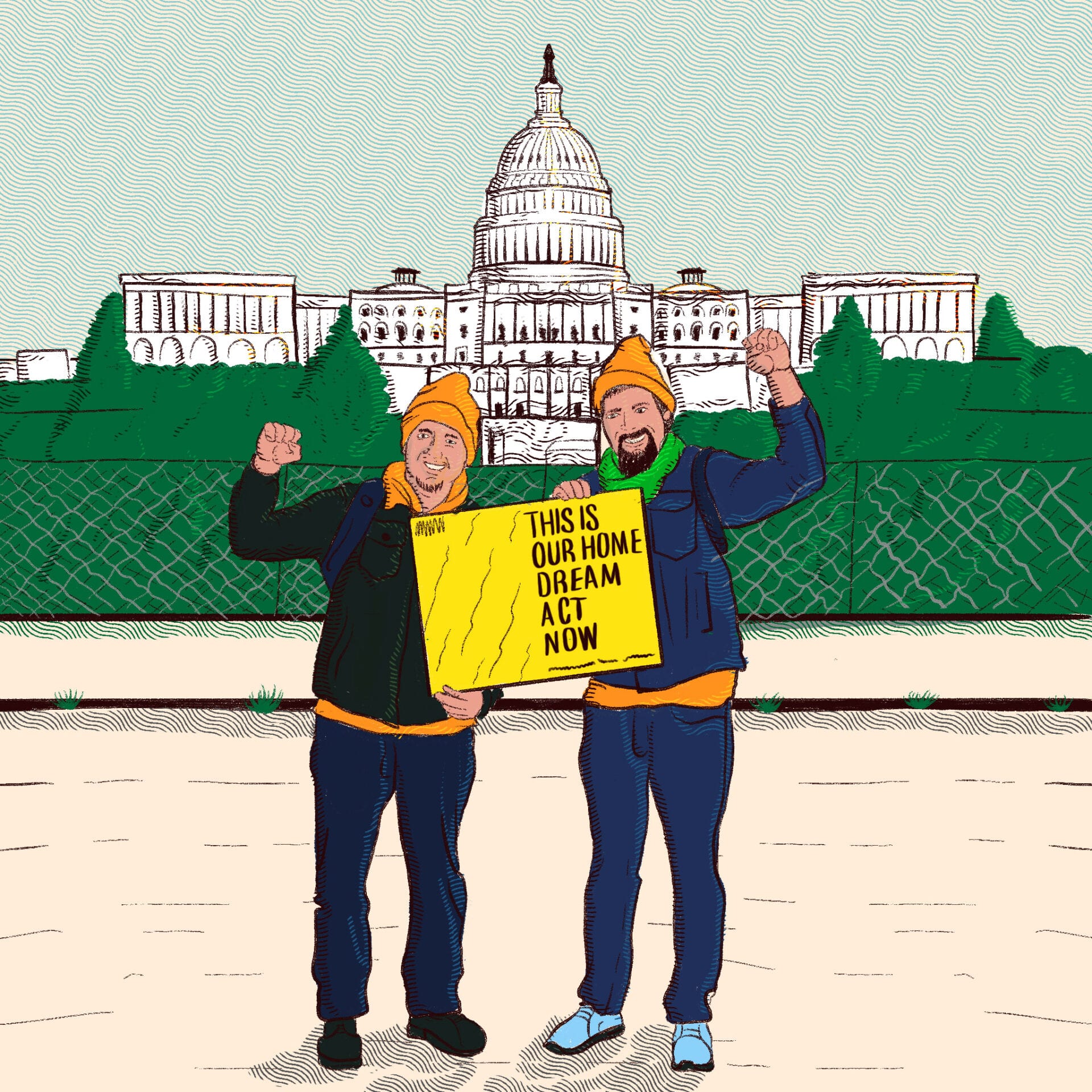 When I was attending community college in 2013, the dangers of being undocumented became even clearer to me. I drove to a restaurant in downtown El Paso and parked at a spot that wasn’t clearly marked. I got out of the car and saw a white man. I first thought he was a policeman. But he was from the Border Patrol.

He started questioning me, and when I realized he was asking too many questions, I said I had the right to be silent. He took me into custody, although he didn’t have the right to do so.

I was held at a detention center for one and a half months. Luckily, I was able to send just one text to my parents to let them know that I had been taken by Border Patrol while walking down the street. My family did everything they could to find me.

While I was detained, I could only think about how I was missing school, my extracurricular activities, my friends, everything. I worked so hard to be a good person, have the perfect grades, always be invisible—and all of the sudden, everything crumbled apart.

I was able to get a lawyer and have a trial. At the trial, they pulled out my information and realized I had straight As, that I had plenty of hours of social service, that I was a decent human being. They let me go, and the first thing I did was apply for DACA. 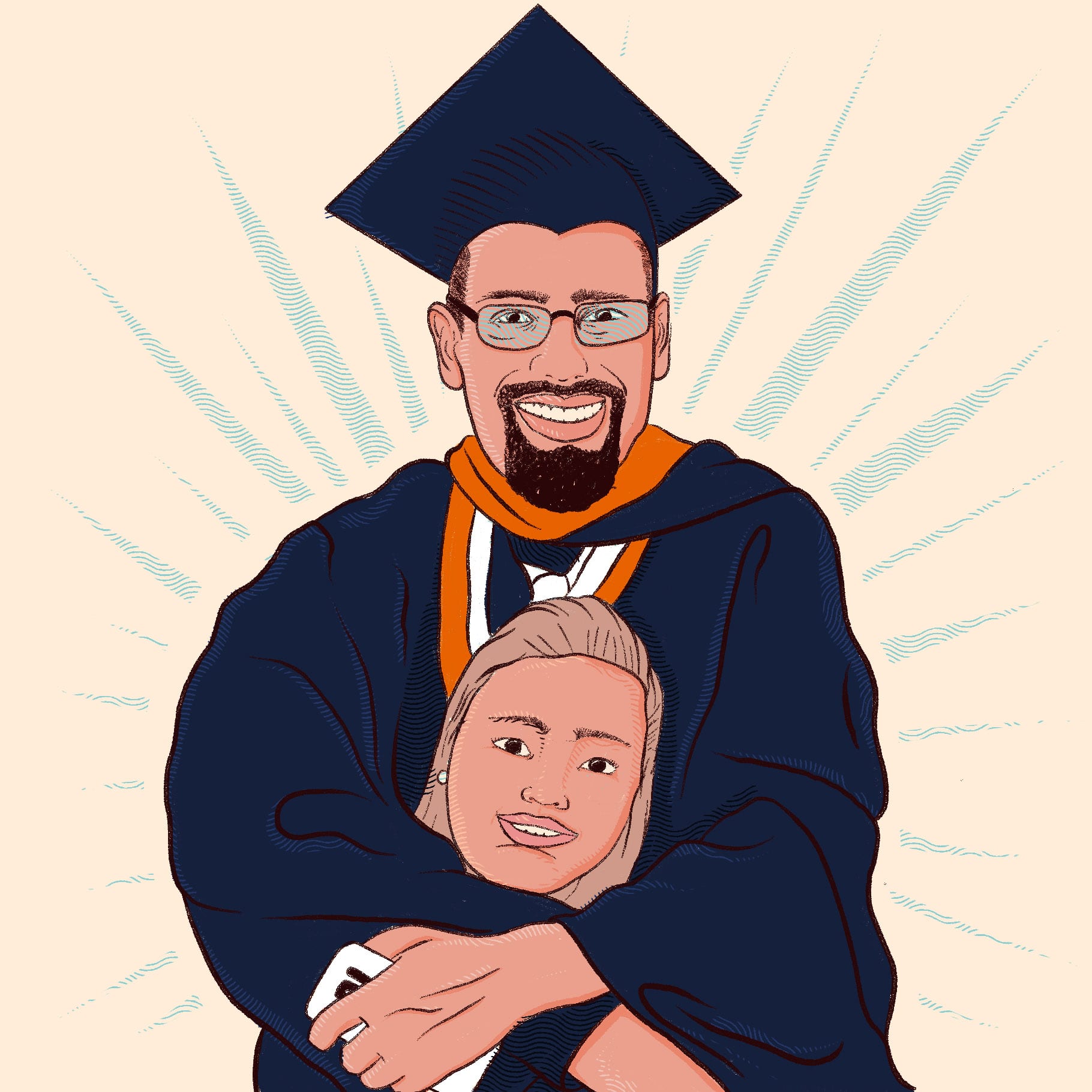 Two years later, after studying full-time while working two jobs, I got my bachelor’s degree. In 2018, I got my master’s in software engineering with a concentration in secure cyber-systems.

Now I work in Austin as a software developer. But I wasn’t able to land my first job for several months. When I was about to graduate, I had an internship offer from a big company that could later become a full-time job. They were offering a salary that was impressive, so I immediately accepted, and my hiring process began. But then they called me telling me that they had to take back the offer because I wasn’t an American citizen. I was devastated. They simply closed their door to me. I never heard anything else from them.

I really love my dear Mexico, but my whole life has been here in the United States, so my future plans involve staying here. I want to get married, have kids, and buy a house. I am happy that I am finally able to help my mom buy a house of her own.

The best part about having DACA is that I am able to prove that, despite misconceptions, immigrants like me are only fighting to have a better quality of life. We are fighting for our dreams. Having DACA has opened many doors that I never imagined were possible. It has let me get a professional degree, get an ID, and even purchase property.

The hardest part about having DACA is the fear. Nothing is certain. I could lose everything I have in the blink of an eye. It is like living in a constant limbo. Other recipients and I have fought to have better rights. I have been to protests in Washington, D.C. I know it is an endless fight, but we need change. It is unbearable to live with fear.