Racism, Homelessness and a Lack of Opportunities: A Mexican Student’s Struggle to Stay in the US

As told to Claudia HernándezAugust 12, 2020As Told To, Postcards from the Border

Lupita came to the U.S. and started studying journalism but she’s now homeless during the COVID-19 pandemic.

As told to Claudia HernándezAugust 12, 2020As Told To, Postcards from the Border

Lupita came to the U.S. and started studying journalism but she’s now homeless during the COVID-19 pandemic.

Lupita’s dream is becoming a journalist. Originally from the Mexican state of Chihuahua she knows her chosen profession is dangerous. Over fifty journalists have been killed for their reporting in Mexico since 1992, according to the Committee to Protect Journalists.

Despite the dangers Lupita decided to come to the United States in 2013 with the hope of eventually studying journalism. But due to racist employers and now the COVID-19 pandemic pursuing her dream has been anything but easy.

When I was 18 I decided I wanted to become a journalist. But I realized there was no way I could study or practice journalism in my home of Chihuahua City in Mexico. Being a woman journalist in Mexico is very dangerous.

I decided to come to the United States through an au pair program around seven years ago. My plan was to work as a nanny and then apply for a student visa to study journalism at a community college. The first two families I was placed with were amazing. They had a lot of respect for what I was doing: working and studying in another country. After a while, I decided to apply for a student visa and started working as a nanny independently.

But the third family I was placed with was different. That family was very rich and worked in politics for the Republican Party. When I would take their kids to their friends’ houses the parents would interrogate me and give me hostile looks. But I tried to ignore them and told myself it was part of the job.

Things got worse when Donald Trump became president. People felt more encouraged to say things to me. Once a relative of the family I was working for asked me if I was in the U.S. legally. They said if I wasn’t they would call ICE.

I told them I had a student visa but I was still worried. I knew I wasn’t supposed to work as a nanny with it, only jobs at my campus. But university jobs are so limited and it is impossible to earn money to pay for my expenses with them. Even though I didn’t want to do it I had to work off campus. 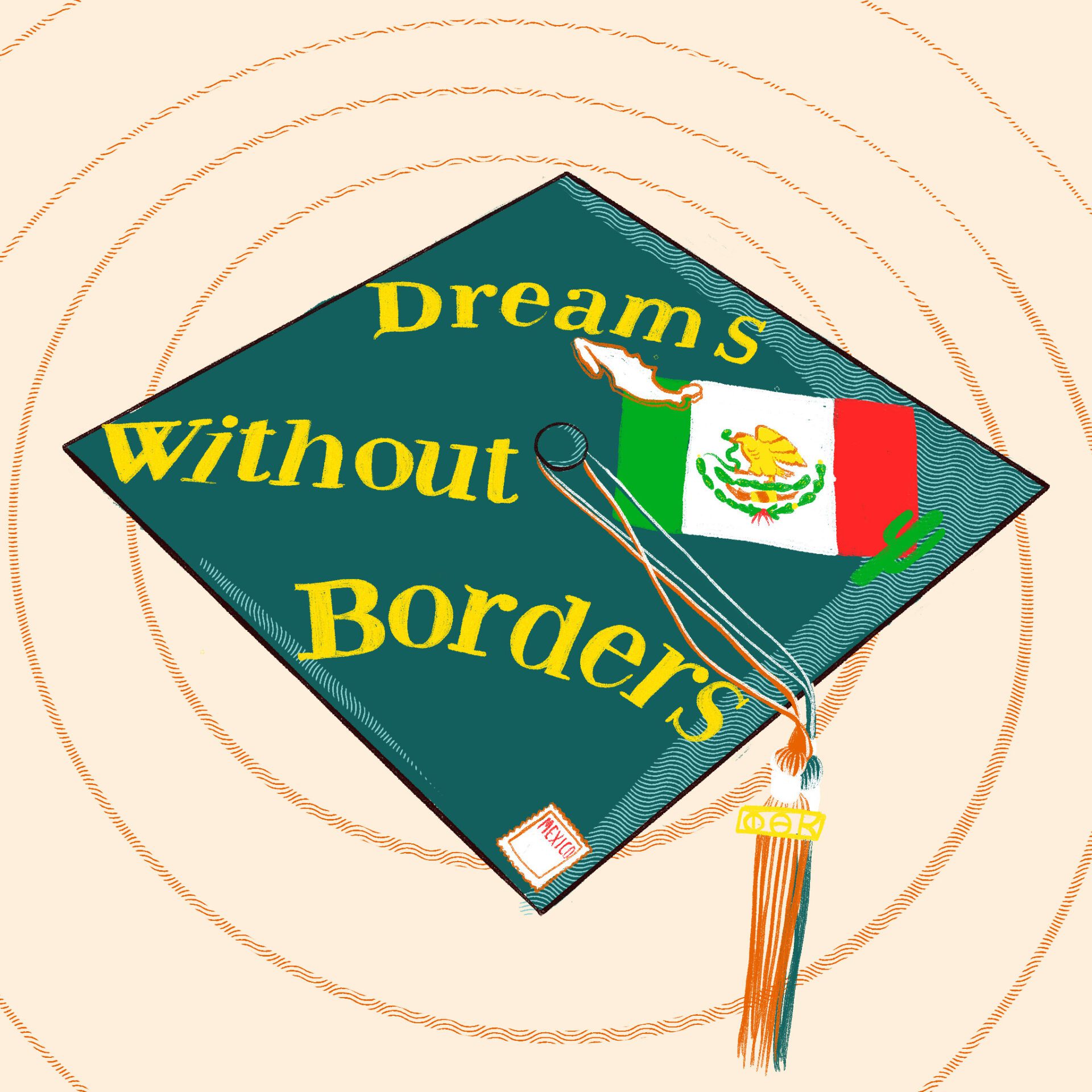 I was always keeping up with my classes at my college and got straight As which helped me get a scholarship. In addition to my studies I was the editor-in-chief of the school’s newsroom,  competed in cross country and worked 45 hours a week as a nanny.

I didn’t sleep and tried to stay positive, but it was a lot of pressure. I was already so stressed out when people would ask for my legal status it made me feel absolutely horrible. The family I worked for were outspoken Republicans and would loudly say they were against immigrants. They would always talk about immigration in family gatherings and they wouldn’t care if I was with them. Yet, their house was full of undocumented workers. They were hypocrites.

When I graduated from community college I got a scholarship in my dream school. But when I came back from summer vacation the school told me the scholarship didn’t get processed and that I had to pay the international student tuition fee. I tried to stay enrolled but they told me that I had to leave the country because I was about to violate my student visa restrictions.

I reached out to my family but it was just not possible for them to pay $20,000 for tuition.

I had to move back to Mexico. It was very sad because no matter how hard I fought the doors just kept closing. I was an excellent student but since I was an international one no one was willing to help me. On top of that Trump was fighting to kick out international students even though we pay three times the tuition as a U.S. student.

I decided to research other universities that would offer good deals for international students. The University of Texas at El Paso had a really affordable program for me. I never thought of studying in El Paso before even though it’s relatively close to my hometown. After I applied I started there in spring 2019.

But after everything that happened I wasn’t feeling motivated when I moved to El Paso. Even though I got good grades and started working at the school’s newspaper I still felt like an outsider. By the second semester I realized how lucky I was to live just five hours from Chihuahua. I tried to go home at least once a month to see my family and recharge my batteries. Being able to go back and forth between the U.S. and Mexico helped me feel good again. 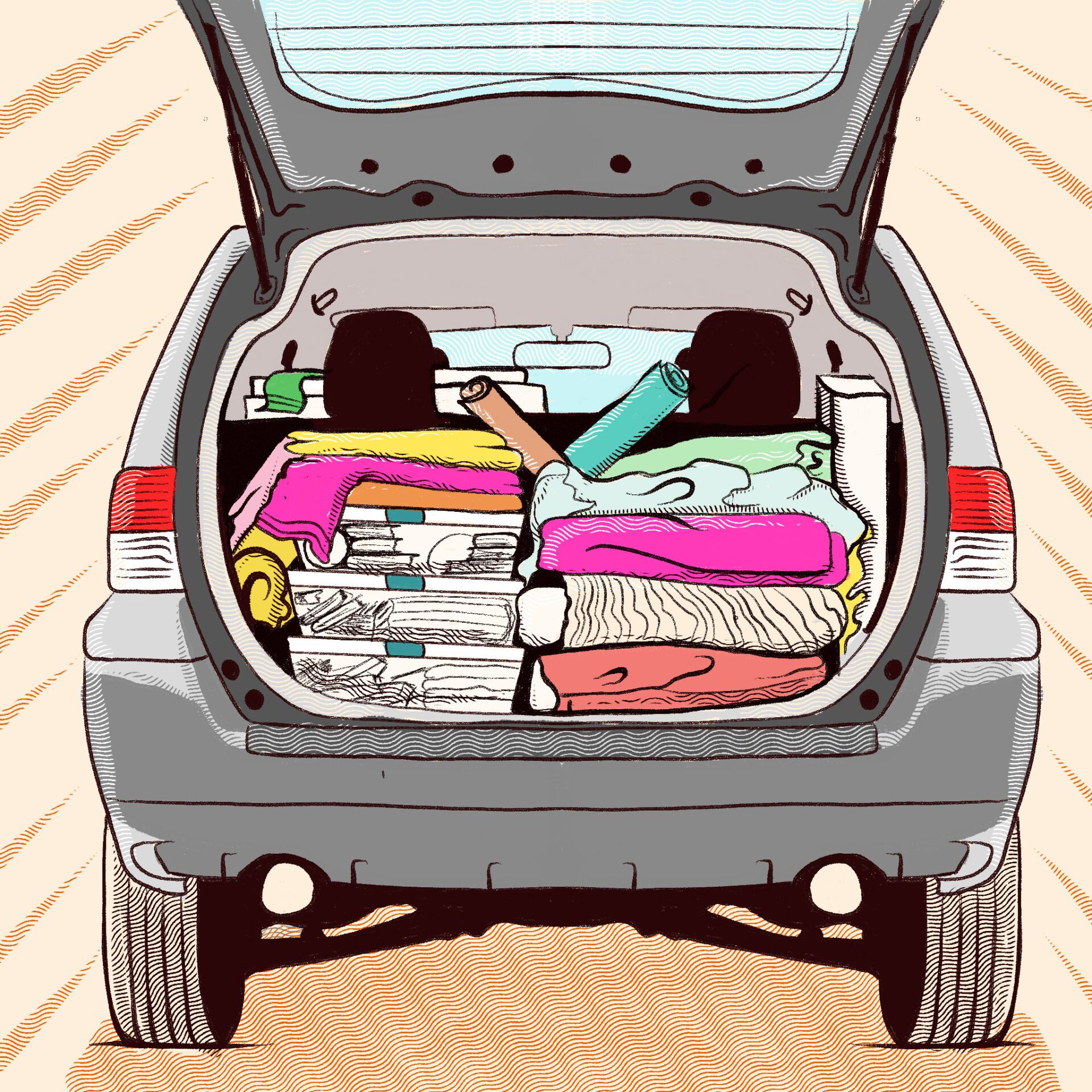 While in El Paso I found work as a nanny and moved in with the family. This job helped me balance my life and I felt much more part of the community and productive. I was happy and everything was going well.

But then the pandemic hit and everything changed. I couldn’t stay with the family anymore because they didn’t want to deal with the risk of catching COVID and I was homeless. The only thing I own is my van and that became my home. I was so busy paying for my education that I didn’t have the money to pay for anything else.

I’m helping my boyfriend out with his construction business right now because I can’t find any other work. And with the pandemic it’s become harder to get hired as an international student. Some companies won’t even interview you if you aren’t an American citizen because I’ll soon need a work visa and those are hard to obtain. Businesses just won’t take that risk. It’s frustrating because I have good grades and a strong resume, but none of that seems to matter now.

I’m looking forward to graduating from college and finally start work as a professional journalist though. My plan is to try and stay in the United States because here I know I can stay safe.

And I am hopeful this country will end its racist culture and change for the good. I think if people would stop focusing on where people are from, their skin color, or their accent, the country would be better off.

It is not about ignoring it, but to simply accept those differences. It’s frustrating when your job applications are simply thrown out because you write that you are on a visa. This is supposed to be the land of opportunities but that only seems to be true for some people.