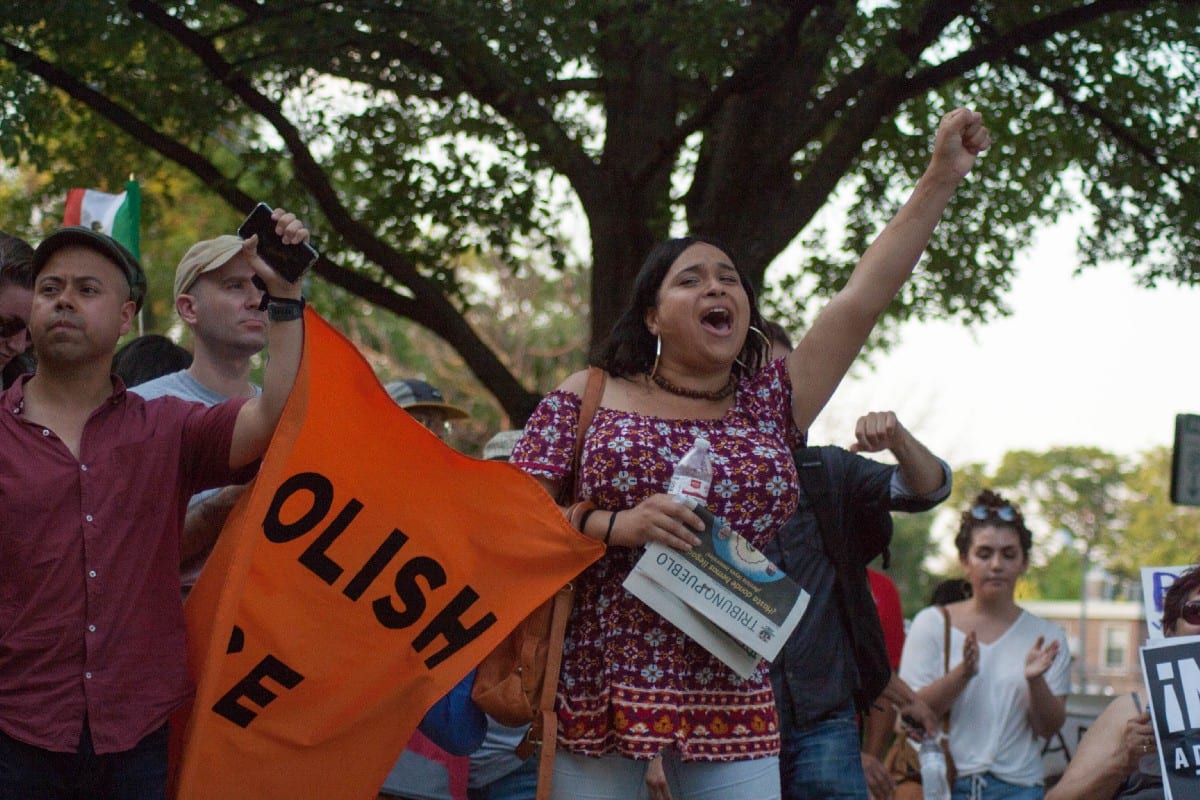 Hundreds call for the end of ICE

Over 200 Chicagoans marched through Pilsen and Little Village Friday evening during a 90 degree heat wave to call for the abolishment of Immigrations and Customs Enforcement.

Over 200 Chicagoans marched through Pilsen and Little Village Friday evening during a 90 degree heat wave to call for the abolishment of Immigrations and Customs Enforcement (ICE). Led by Pilsen Alliance and ten other community groups, organizers shared stories of families being separated and deported by the federal agency, which was founded in 2003.

Protestors rallied at Harrison Park before marching to the Cook County Courthouse in Little Village at sunset. As they marched they called out, “Hey Hey, Ho Ho, ICE ICE has got to go.” The march ended with music and a call to support members of the community who have been incarcerated.

Rosa Esquivel, an organizer for the event, hopes Friday’s protest will sustain a growing call to action.

“This march is a response from the community of Pilsen and several organizations citywide to call for the abolition of ICE, to ask our public officials, and to hear the stories of the separation of families, and to take it to the whole country,” she said.