The Jebran family and the taste of home 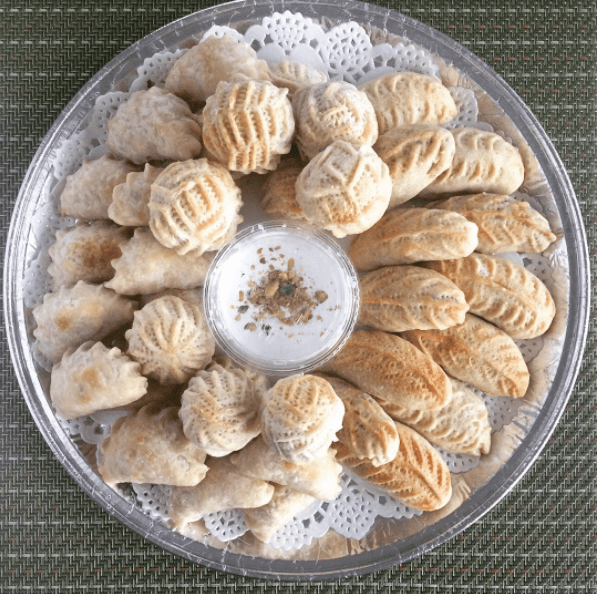 Borderless spoke with Rana, Anwar, and Siham Jebran about their business for a special collaboration with Fooditor.

Rana Nouna had a plan. After her three children finished university in Syria, she would move her family, including her mother Siham, to the United States. After her youngest finished school, the Jebran family packed up and landed in Chicago in early 2015, exactly as she planned.

Not part of the plan? A brutal war acting as the impetus to Chicago’s only authentic Syrian catering company — HoneyDoe, ultimately an outpost of Syrian culture they could hold onto in their new home.

“We have a quote that says, ‘The more you eat, the more you love us,’” Rana explained on a Sunday afternoon, her break before heading to the kitchen to prepare for HoneyDoe’s next event. “So, you have to eat a lot,” she tenderly joked of her desire to win over the stomachs of her customers and the city.

If their success to date is any indication, Chicagoans have been falling for the Jebrans and the Syrian culture they’ve been dishing up through food since they opened their doors in April 2016. Within their first year they’ve catered to over 50 different clients, from departments at the University of Chicago to the Syrian Community Network.

The Jebrans were already familiar with their audience. Since the family obtained green cards in 2007, they had been making annual summer trips to the city to visit the many family members who already called Chicago home.

But they had no intentions of opening a food business when they made the permanent move in 2015. Rana and Siham’s first months here were spent doing what they had always done during their summer visits to the city, shopping. As months passed the women grew bored, wanting more from their new home. That’s when they started to reconsider the constant compliments their cooking received from family and friends, and when Rana’s son, Anwar, began encouraging the two women to go professional with their cooking.

“Starting a catering business, you start with an idea,” Rana said. That original idea was to bake and sell specialized Syrian cookies made of sweet honey dough. By the time 2016 rolled around, Rana and her mother expanded their business to include Syrian salads, such as crispy fattoush, and creamy dips like eggplant mtabbal, and classic Syrian entrees, like kebab hindi, after sampling ideas and tastes with family. 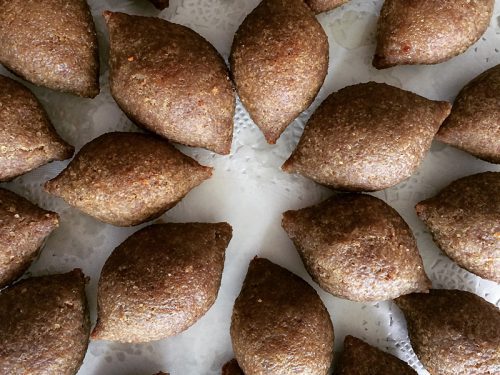 They attribute their success to Anwar’s dedication to learning the basics of running a food business from scratch, which meant Google searches and frequent trips to City Hall in order to ensure HoneyDoe could open. Siham’s recipes helped, too. She’s carefully recorded them in the “HoneyDoe bible,” her personal journal of recipes, for the last 40 years.

Although their sweet cookies and elaborate dishes have helped the Jebran family expand their relationships outside of Chicago’s Arabic community, they initially struggled to acclimate to their new city.

The Jebran family found the American food culture that often makes meals an afterthought a stark contrast from Syrian dining, which can include a dozen dishes for a simple family gathering. “Back home it’s really about two things, about food and about hospitality,” Anwar explained. “[It’s] a really foodie country.” Since the Jebrans felt themselves missing the way family and friends would socialize around food up to three or four times a day, they decided they could fill the void themselves.

“They want to bring that mentality to food here in Chicago,” Anwar said. “[They also want to] introduce the Syrian food to Chicago.”

The family’s focus on food proved instrumental in their assimilation to the Chicago lifestyle. It introduced them to new people, places and events in the city unknown to their smaller circle of family and friends, something they had been missing since leaving their home in Damascus.

Although the Jebrans didn’t flee Syria as refugees, they weren’t spared the brunt of war back home.  Rana recalled how the clashes of shopping carts while grocery shopping in Chicago brought her back to the sounds of her house windows shattering after a nearby explosion. Despite Damascus’s constant backdrop of explosions and gunshots, two hours of daily electricity, and water shortages that could last from days to weeks, the Jebrans considered themselves lucky. 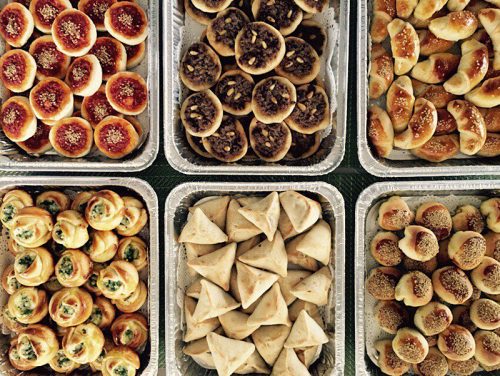 “We were really fortunate as a close family because we lived in Damascus, but a lot of people that lived in other cities like Aleppo, Homs, or other areas saw people being killed in front of their eyes,” said Anwar, who considers their trauma minimal compared to what other Syrians continue to endure back home.

News of this violence in Syria has filled headlines globally for the past six years, something the Jebrans fear will cloud foreigners perceptions of Syria and its people. They worry about the longterm impact the war will have on policies affecting Syrian immigrants and refugees down the line. When President Donald Trump signed an executive order January 27 “suspending entry” into the United States for people from Syria and six other countries, the Jebrans say they felt truly scared.

With murkiness surrounding the details of the executive order’s reach, the family worried whether their father and uncle, both currently in Syria, would be able to return to the United States, despite being U.S. citizens. This concern was so paramount that Siham decided against returning home for her brother’s funeral in February.

“She was afraid to go home and get stuck there,” Anwar said. “So [the executive order] really affected us in one way or another. [It was] not a personal threat but in general we felt like being imprisoned here, even though we are not.”

While the administration’s efforts to impose a travel ban are still in the courts, in the wake of the controversy community organizations and student groups have reached out to HoneyDoe in hopes of supporting the business and learning more about Syrian culture. 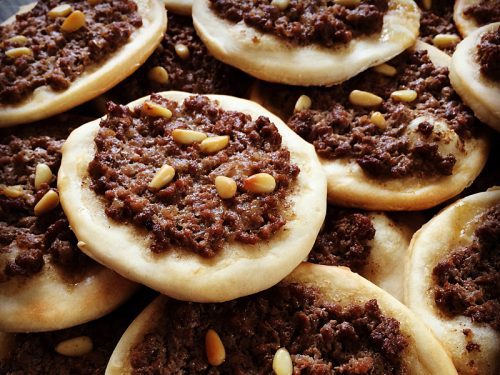 “We provide the food to show them that Syrian food and Syrian culture is really welcoming. We want to integrate more with the society, we want to be part of Chicago and be active,” said Anwar, who is also a co-founder of Chicago in Arabic, a popular Arabic language city event website.

As the company nears its one year anniversary, it seems they’ll easily meet these goals. In April, Rana will be teaching cooking classes at the company’s Lakeview kitchen while HoneyDoe finalizes partnerships to bring their cookies into local coffee shops. The company has also rolled out single meal portion subscriptions to cater to smaller audiences.

With these expansions comes the need for additional employees to support the trio that make up HoneyDoe’s current staff. They’re in the process of hiring two Syrian refugee women from Damascus and Aleppo who are new to the city where the Jebrans now feel at home.

And how does the matriarch of the Jebran family feel about her recipes being shared with her new neighbors? “So happy,” Siham said, smiling and looking to her family, the carriers of her culinary legacy.

To order from HoneyDoe: their website is here, but the most current catering menu, including details on meal plans (effectively takeout), is here. 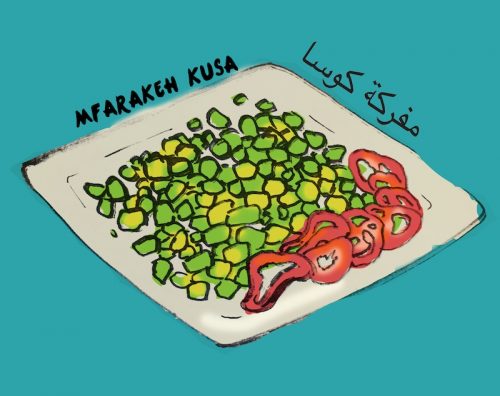 Mfarakeh is a popular, lazy-man’s meal of refried leftovers, or a bit of meat and vegetables, spiced then fried with a bit of oil. Sometimes with egg, sometimes without, mfarakeh is as simple as it is delicious.

Heat olive oil on low-medium heat in a pan with enough to coat the surface. Dice onion and place in pan, allowing to cook for a few minutes. Add ground beef and diced zucchini. Allow the ingredients to cook for 10-15 minutes on low heat, and do not cover the pan at any point. After the meat has browned, add the spices into the pan.

Break the eggs over the pan and mix into the ingredients, to a scrambled egg consistency, allowing to cook on low heat for another 10 minutes.