Diana Cruz on being Muslim, Latina, and attacked from all sides

Diana Cruz was born and raised in Chicago and converted to Islam 17 years ago. 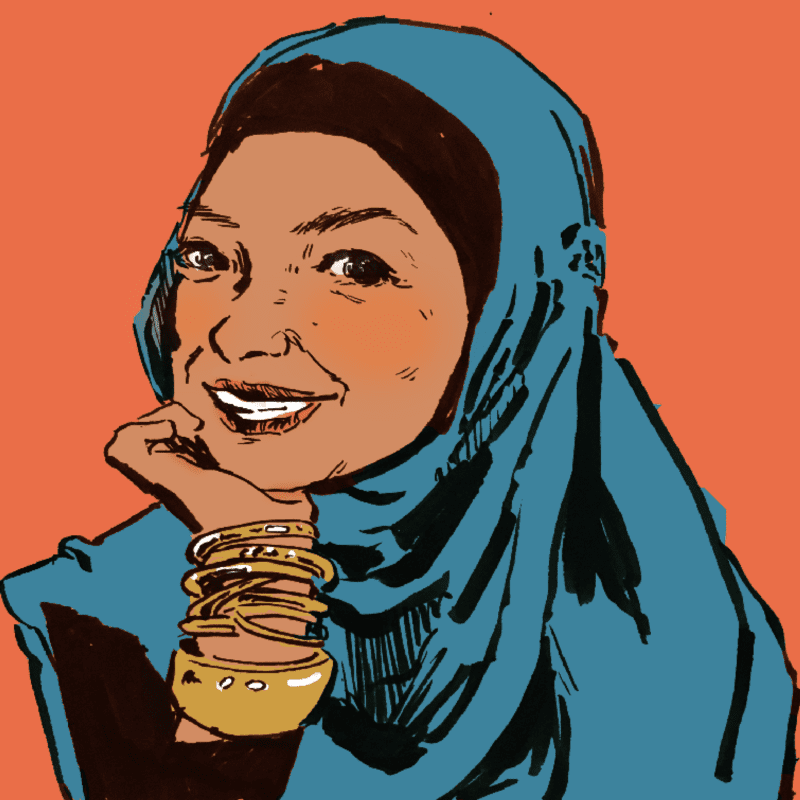 Diana Cruz was born and raised in Chicago and converted to Islam 17 years ago.

Diana Cruz, 44, was born and raised in Chicago and converted to Islam 17 years ago. She’s Mexican on her mother’s side and Puerto Rican on her father’s, volunteers as the administrative coordinator in Chicago for Islam in Spanish, and is working on a degree in Islamic Studies through Mishkah University.

In a special collaboration with The Chicago Reader, Borderless spoke to Cruz about what it’s been like to witness the impact of anti-immigrant policies under the Donald Trump administration.

I grew up in my mother’s Mexican culture, but my parents were sure I kept my father’s Puerto Rican roots through things like cooking arroz con gandules. When I came to Islam, the last thing I wanted to lose was my Latino culture. But Islam is a universal religion. You can’t think of either Hispanic culture or Muslim culture as one big group. That misses the rich and varied histories and cultures of people from Cuba, Mexico, Afghanistan, or Somalia. [And] Latin Americans who come and convert to Islam, one of the beautiful things is that we’re not separated by our nationality anymore. We’re all part of one group. We’re all Latino Muslims. We’re all united by our religion, regardless of whether we’re from Mexico, Cuba, [or] Colombia.

My experience converting to Islam showed me the need for support for Hispanic people who want to convert. Back when I converted, being a Latina, there was no support. An example is the language barrier for Latinos who speak Spanish trying to learn about the religion from people who speak English or [Arabic]. And there was sometimes a cultural barrier for Muslim communities who are majority Arab or Pakistani and don’t have a lot of experience with Latin American cultures.

Because of this I first decided to volunteer for the Muslim Community Center. I have a job in the corporate world, but my work for God is volunteering. I’m always asked why I volunteer so much. I tell them that I grew up with that, that I have that ingrained in me—to give my time back to my community. Islam, like Catholicism, teaches members of their faith to volunteer and help people in need. I’ve also worked with the Institute of Islamic Information and Education as the director of Latino outreach in the past. The prophet Muhammad, peace be upon him, said God will send messengers to spread the word of Islam by the peoples’ own tribe. So I saw a need to get involved, because I can’t expect a non-Latino to understand my culture.

I feel that Trump administration is targeting both of my communities. Trump’s deportation orders seem focused on criminalizing Latinos—these policies are unconstitutional and biased. The U.S. has immigrants from other parts of the world who are here legally and illegally who have committed crimes as well. What Trump is doing is trying to blame a group of people to say, “They’re taking your jobs.” He’s very manipulative. He knows what to hit on and what to say to get his way.

I understand—I was born and raised here. I worked for a company where people—many of them in their late 40 and 50s—are losing their jobs. And many of these jobs are going overseas. So I understand people buying what Trump was selling, saying Mexicans were taking their jobs. I understand why someone from the manufacturing industry would vote for Trump and support his policies. From high school you went to a manufacturing company because you had good benefits and good pay. You thought you had a job for life. But that’s not the case anymore. I made time during my lunch hour to help create resumés for my former coworkers. I understand their feelings, and I think Trump took advantage of their frustrations. These are people who aren’t old enough to retire but they can’t find a job because of their age.

As for the Muslim ban, it impacts my family and me. Trump’s focus is on the religion, and that is discriminatory. That, to me, is racial profiling. I’m worried about traveling while Trump’s policies continue to target Muslims. As practicing Muslim woman, my driver’s license and my state ID have me wearing my headscarf. If I go flying, I’m worried I may be stopped because I look Muslim. They’re not going to care about my Spanish name, that I’m Mexican and Puerto Rican, or that I was born in Chicago. If I take off my scarf I may pass, but I wear my scarf everyday. I don’t want to hide my identity as a Muslim.

And I believe that the media has done of great job of polarizing people to think that the word “Muslim” is synonymous with the word “terrorism.” When the Oklahoma bombing happened, white Americans in the U.S. did that. I wasn’t Muslim then, but when that happened, it never crossed my mind that it was a Muslim responsible. My first thought was that a militia did it, because there was so much news coverage of those types of groups back then. Now, after September 11, it seems any horrible act is first blamed on Muslims, even if they had nothing to do with it.

I think people need to stop only watching the news and visit an Islamic center. Call the nearest Islamic center in your area or CAIR [the Council on American Islamic Relations] or Gain Peace. For the Latino community, contact Islam in Spanish—we have branches and are in contact with many Islamic centers nationwide.

I’m a strong woman—most Latinas are—and we’re very passionate when we believe in something. I cannot live in fear. This is what I tell my kids, my son. I tell them and remind other people too that there is only one being we should fear: God, Allah. That’s it. And we rely on Him and get closer to Him, and He will help us get through this.

God is the best of planners. And right now we’re in this moment where Muslims really need organize and collaborate more than ever. The majority of the people in this country will always do what’s right. And this is what I’m seeing now: This is God telling us to wake up and do something.

Co-published in the Chicago Reader.