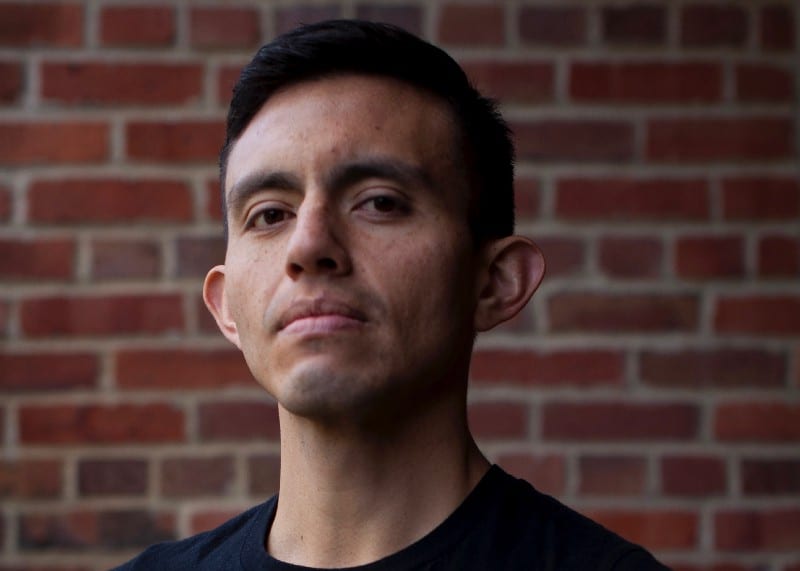 I think that it’s incredibly important to share the stories of asylees and asylum seekers and refugees because this administration and, in general, our immigration system has put a lot of energy and resources into dehumanizing the people seeking asylum here in the U.S.

What the American public has to remember is that the people seeking safety in this country are just like our mothers and fathers and our neighbors. They’re people who have dreams, who have fears, who have people they love.

It is only through the stories of them and through understanding their humanity that we’re really going to be able to react and understand why it’s so important to protect them.

I, myself, share my story of being a refugee here in the U.S. and the fact that I had to flee my home country Ecuador because of being gay and because of a murder attempt due to my sexual orientation. Because one, I want to remind people that there are many, many people in my community, the LGBTQ community, out there who continue to be persecuted outside of the United States and murdered outside of the United States.

We need to ensure that as country we continue to fight that and we continue to want to provide safety for those people to come to the U.S. after being persecuted due to their sexual orientation. But also to make sure that America, our country, actually protects our own LGBTQ community. And not only protects, but provides them with all of the rights and privileges that every other human being has in this country.

So at the very end, to share the stories of refugees and asylees and asylum seekers and gay people and transgender people, it’s sharing the stories of human beings. Human beings who unfortunately have been disenfranchised one way or another and just want to have a chance in life to redo their lives.